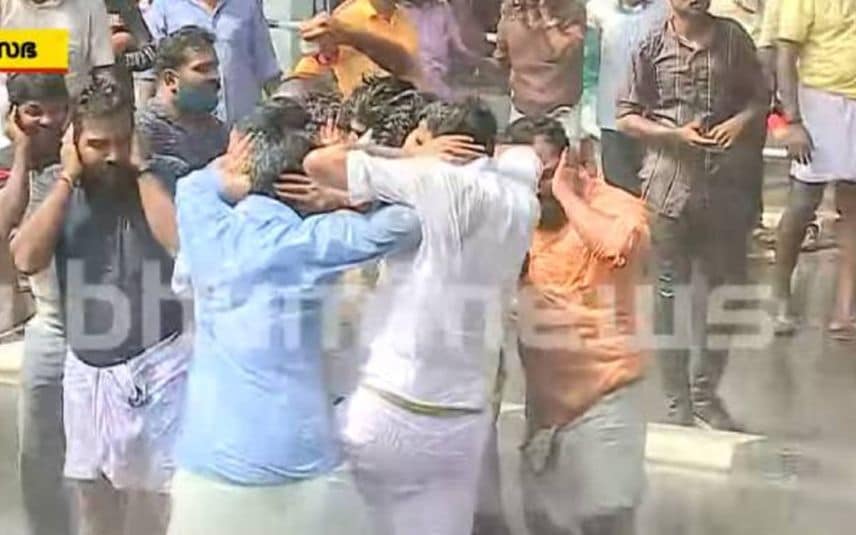 Thiruvananthapuram: Youth Congress activists staged a protest march to the Thiruvananthapuram corporation demanding the resignation of mayor Arya Rajendran over the controversial letter here on Thursday.

As the march turned violent the police were forced to use water cannons to disperse protestors. However, protestors became more hostile and hurled stones at the police force.