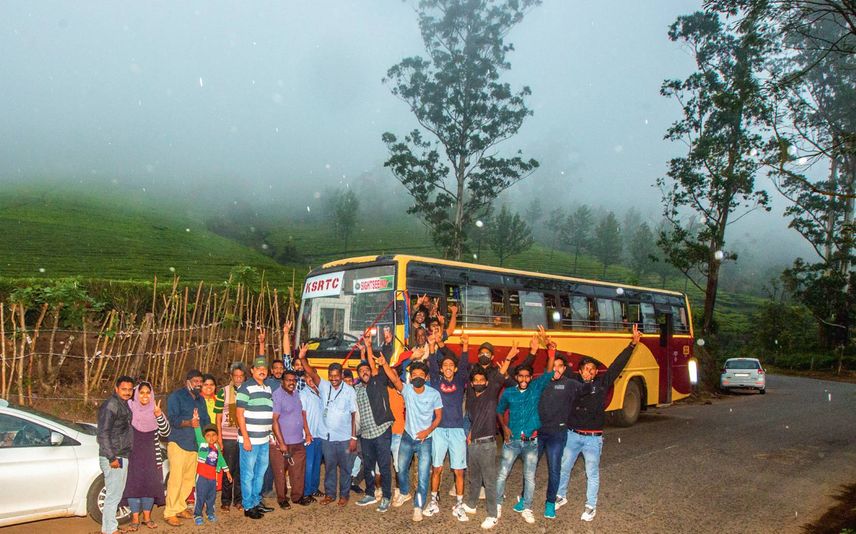 Munnar: After a break of two years, the Munnar depot of KSRTC earned a revenue of over Rs 5 lakhs on Monday. The daily average income of the depot was recorded at Rs 2.5 to 3 lakhs.

On Monday, Munnar depot’s collection touched Rs 5,02,878, for the first time in which the daily revenue crossed Rs 5 lakhs.

The inflow of tourists to Munnar during the festival season and the trips of plantation workers with families to their native places ahead of Christmas contributed to the increase in revenue.

22 schedules including service to Bengaluru has been operated from Munnar depot. The Bengaluru service could collect an income of

Rs 65,960 while Munnar- Thiruvananthapuram service alone received a revenue of over Rs 30,000. Though there is a shortage of employees at the depot, it had not affected the income as the current employees worked without taking off, said the depot in charge, Savy George.

30 employees were transferred from the depot recently and those who replaced them have not reported for duty here yet.