Huge trees were uprooted and fell on the road in the heavy rainfall and wind occurred in the wee hours of Sunday. 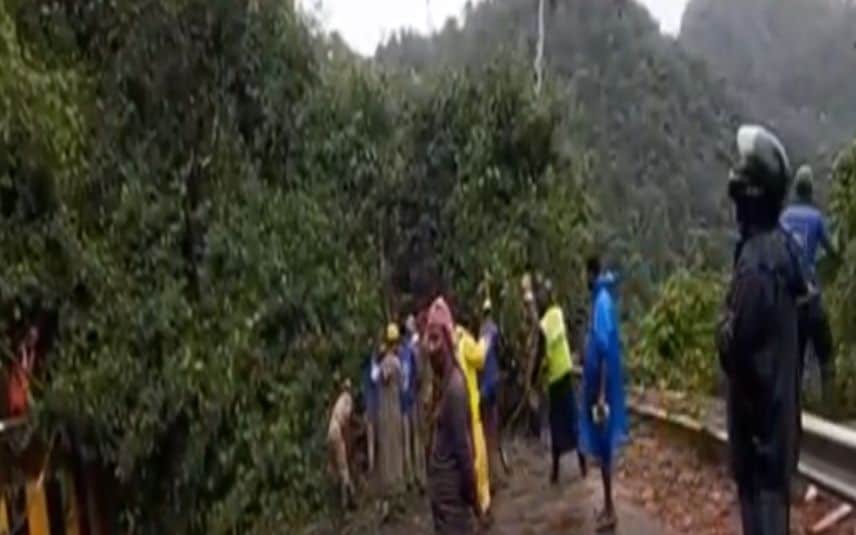 Malappuram: Traffic was disrupted on inter-state route in Nadukani Ghat for many hours as trees fell on the road. About 100 vehicles including goods lorries containing vegetables were stuck on the route following the incident. Later, the trees were removed from the road and traffic was restored.

Huge trees were uprooted and fell on the road in the heavy rainfall and wind that occurred in the wee hours of Sunday. The trees fell at Thenpara and Pothumkuzhi areas on the ghat road. The fire force arrived to remove the trees and restored traffic.

Many vehicles including the ones carrying food and other essential items were stuck on the road due to traffic block. The water level in Chaliyar river and its tributaries increased following the heavy rain.