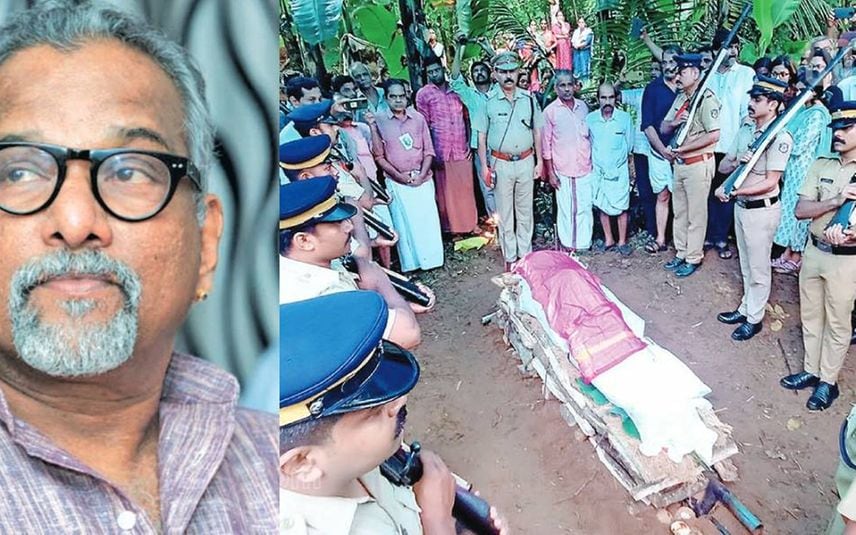 Kozhikode: Renowned writer TP Rajeevan was cremated on Friday at Narayankulam in Kottoor. Rajeevan’s nephew Swathikrishna lit the pyre. Many of his friends, writers and people from the film industry reached his house to see the novelist and poet one last time. The funeral was conducted with official honours. A team of officials from the rural police headquarters paid their last respects.

His body was kept at Kozhikode Town Hall for the public to pay homage in the morning and was taken to his house by noon.

Rajeevan passed away at Malaparamba in Kozhikode on Wednesday night. He was 63. He breathed his last at a private hospital around 11:30 PM. He was ailing from kidney disease and was hospitalised from October 22.