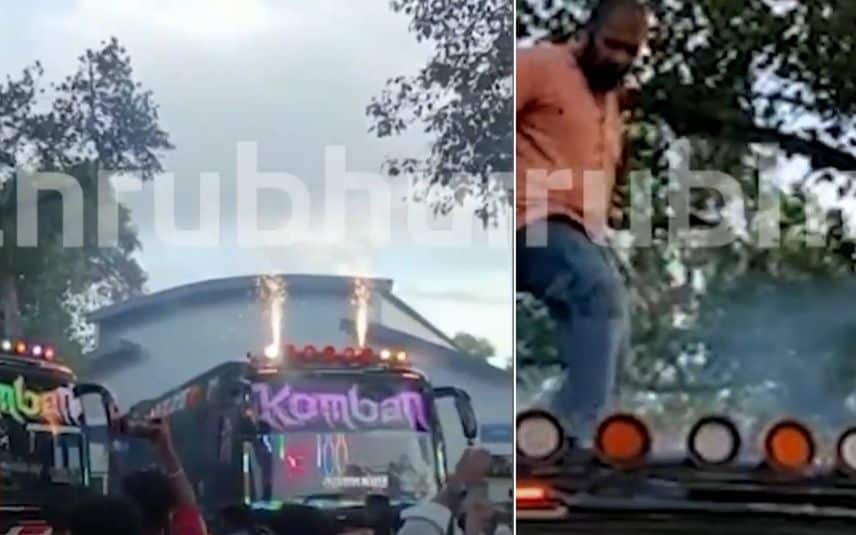 Kollam: A tourist bus 'Komban' caught fire on its roof before commencing the excursion of the students in the College of Engineering at Perumon here. The bus was caught on fire after one of the staff lit 'Poothiri' (flower pot crackers) atop the bus to celebrate the trip. A mishap was avoided as the staff doused the fire successfully. The principal of the college informed that the students are not responsible for the incident.

It has been alleged that the bus staff themselves lit the flower pot to thrill the students before the journey. It is reported that one of the three buses which were booked for the trip caught fire.

The incident made headlines after visuals of the incident surfaced on social media.

Meanwhile, the Enforcement RTO Ansari said that the department could not seize the bus as it is currently deployed for the excursion. He also informed that the owner of the bus was identified and the bus will be taken into custody once it returns after the trip.

Kerala likely to promulgate ordinance to curb sorcery in the wake of Elanthoor ...