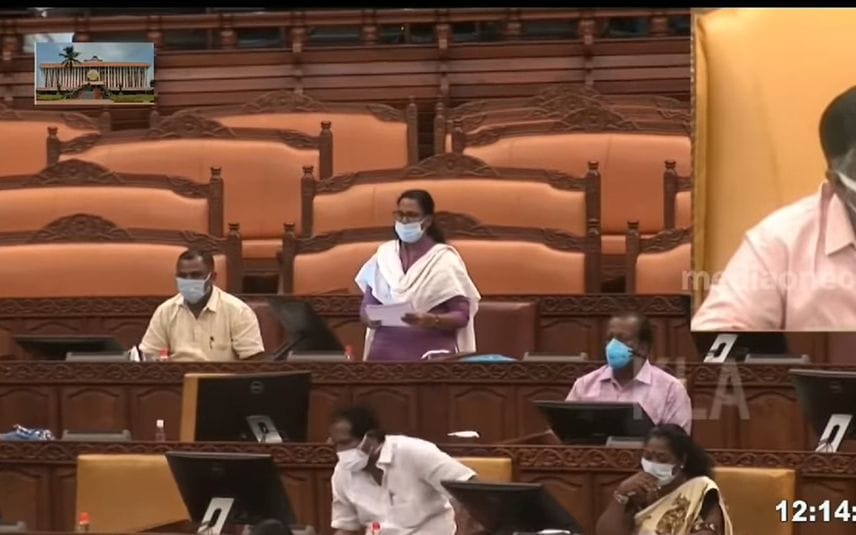 KK Rema speaking in the assembly

Thiruvananthapuram: Vadakara MLA KK Rema harshly criticised the government in her first speech in the assembly. She started the speech indirectly mentioning the murder of TP Chandrasekharan.

"I'm proud to be part of the procedure to ensure peace and democratic rights in Lakshadweep. But we all have the responsibility to ensure democracy and tolerance towards diverse political views here also. Only then, the history will mark our interventions as genuine," she said.

The policy address was not a fresh one. The home department followed very offensive policies during the previous term. Lockup deaths, fake encounter, sabotaging POCSO cases and UAPA against innocent youth and the like. Nothing was mentioned against these practices, Rema added.

The government is going ahead with the K-Rail project which evacuates over 20,000 poor families from their households. Though it was noted the state does not require this project, they have not withdrawn the decision, Rema said.

Murders of women due to failure of love relationship are 'heinous acts', says CM in assembly