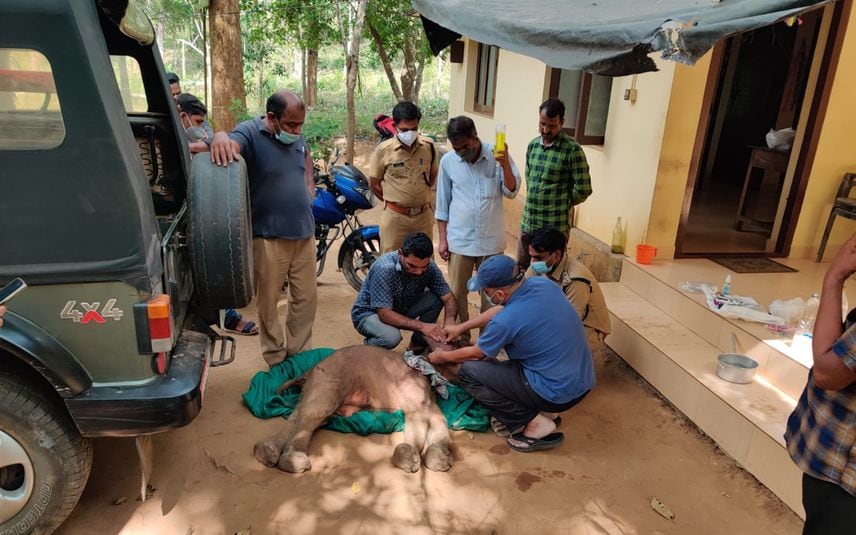 Thrissur: An elephant calf was found fatigued and abandoned inside the Chimmini Wildlife Sanctuary in Thrissur on Wednesday.

The three-day-old baby elephant was found by forest rangers in a poor condition. It was soon revealed that the elephant was unable to walk.

Later, the veterinary surgeon of the forest department reached the spot and gave emergency treatment to the calf. It is believed that its herd may have abandoned the calf due to its poor health. The doctors pointed out that there was a possibility that the calf may have lost its way.

The officials stated that they hope to release the elephant into the forest once it recovers.

KTU rank holder loves antique clocks and fixes it too

Ambili irons out wrinkles in her life, earns doctorate