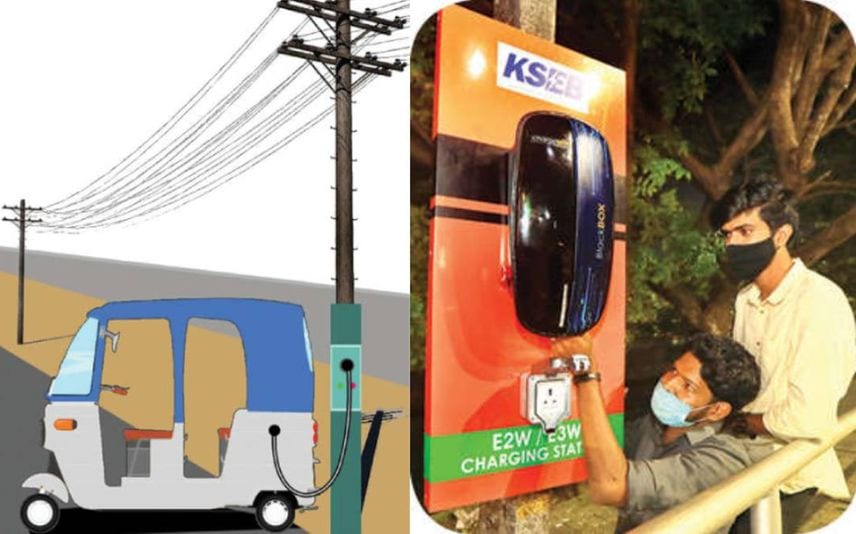 The fear of getting stuck while driving electric vehicles is over. Installation of the electric post charging stations manufactured by KSEB across 140 constituencies is reaching the final phase. Among the 1,140 charging ports built in the north and south regions, 1,100 are active. They'll be fully operational by July 31.

A prepaid system is used in charging stations in selected areas like hilly regions. The stations will work under the 'Renewable Energy and Energy Savings' (REES) department of KSEB. 'Genesis', a private agency, collaborates with the 'Charge Mode' app to facilitate the charging ports.

Five in each constituency

Each Assembly constituency will have five, and corporations will have 15 charging ports. They are prepared in green and yellow colours. A centralised system containing a camera, modem, and the internet is used in the stations. Apart from the issue that it takes longer than fast-charging stations, the electric post charging is a blessing for drivers.

The project started this January and opened 177 charging ports in Kannur and Palakkad districts. 51 in Kottayam, 33 in Pathanamthitta, and 140 in Thiruvananthapuram are to open within two weeks. According to government records, 23,000 electric vehicles have been registered in the state and it is expected to grow further.

The alumni of Westhill government engineering college Kozhikode introduced the 'Charge Mode' app, which influenced KSEB's concept of electric post charging. Details about the charging centres in localities can be found through the navigation system in the app.

'Charge Mode' app must be installed on our phones. We should recharge a specific amount and connect the portable charger to the vehicle. Later, open the application and scan the QR code to charge. After the required charging is done, click stop charging in the app and disconnect the charger to continue the journey. Charger certified by the Automotive Research Association of India is facilitated considering the consumer's safety.

Bikes take 2-4 units, and autos take 4-7 units to fully charge them, depending on the battery capacity. One unit is charged Rs 9 by KSEB, and including GST will be around Rs 10.60. Autos can travel 120 km with Rs 70.