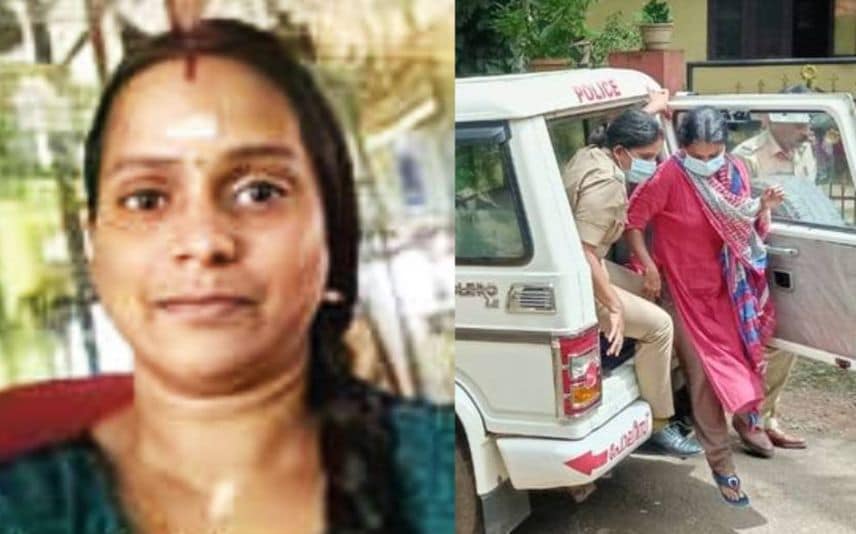 Kunnamkulam: A woman, who killed her mother allegedly by poisoning the tea, was remanded on Thursday. Indulekha of Chozhiyattil house murdered her mother Rukmini (58) over a family property dispute.

According to the will, Indulekha would inherit her parents properties, including 13.5 cents of land, only after their death. However, the accused, who owed over Rs 8 lakh by pledging her jewellery, required money to settle her debts. She informed the police that the amount was borrowed to meet the household necessities.

Indulekha was in a hurry to take back the jewellery as her husband, who was abroad, was about to return. Her husband had no clue over her debts. Though Indulekha requested her mother to mortgage the property to raise the amount, her parents declined. Following this incident, Indulekha attempted to kill her parents serving them food mixed with tablets for fever continuously for the past one month. Her aim was to gradually turn them liver patients and kill them with no one getting suspicious of her involvement.

When her husband returned, Indulekha required the money urgently. She picked up her husband from the airport, and on the same day she served the poisoned tea to her mother. As Rukmini was an asthma patient, she could not identify the difference in taste. Indulekha’s husband and father informed police that she had served tea after mixing soap solution. It was done to cause food poisoning, said police. The accused had attempted to murder her father in a similar manner a month back. But the attempt failed when he recognised taste difference in the tea and refused to drink.

Indulekha informed doctors that Rukmini suffered from jaundice and food poisoning. However, the doctors, who became suspicious, passed the information to police, but only after Rukmini’s death. When the police examined Indulekha’s phone, evidence for searching on poisoning methods surfaced. The investigation officials collected the vial of rat poison and strips of tablets from the premises of her house. Forensic officials have also inspected the house and the mobile phone of the accused was sent for a detailed examination.

Indulekha was a tenth drop-out. She has two children.

Kochi bar firing: Gun belonged to one of the accused, says police