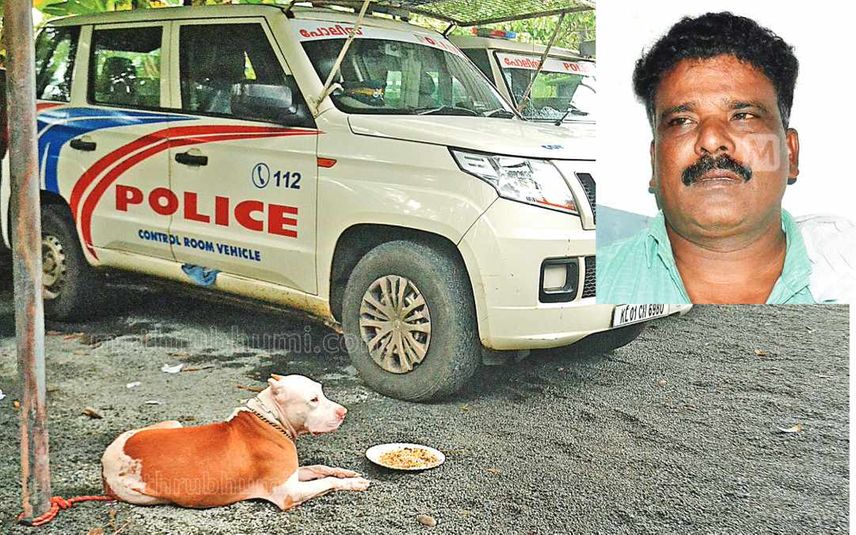 Thrissur: Guruvayur police station witnessed dramatic scenes when a man, who was asked to appear over an intimidation case, came with a Pit Bull dog and created ruckus. According to police, the man was under influence of alcohol and later was produced before the court.

The incident happened on Monday afternoon. Koonamoochi native Wilson was called to the station over an intimidation case against him. He came in a car along with a dog.

He also vandalised the station gate and damaged his own vehicle. The officials were finally able to bring him under control. They took him to a nearby government hospital and was later produced before the court.

The officials had captured the ruckus and videos were shared on social media. They called up the person’s relatives and handed over the dog.