On seeing the boy’s talent, the collector encouraged him, took a video of his performance and shared it on Facebook. Soon after, the video went viral. 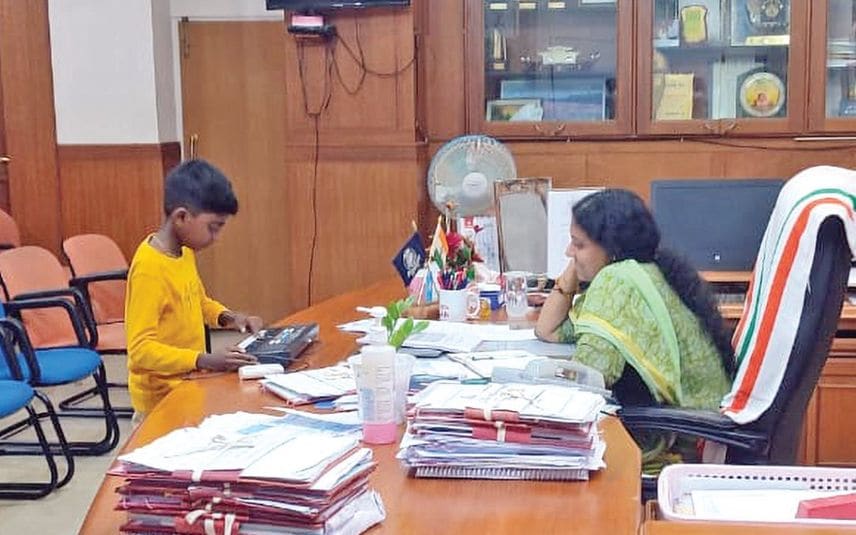 Thrissur: Nobody thought that 8-year-old Ishan and his toy piano would go viral one day. However, the unexpected incident happened as Thrissur district collector Haritha V Kumar invited Ishan to her office and enjoyed his music performance. Interestingly, this little boy can play 50 songs on his piano using one finger.

On seeing the boy’s talent, the collector encouraged him. She also took a video of his performance and shared it on Facebook. Ishan became a star after the video went viral.

Ishan's aunt had gifted him the piano on his seventh birthday. He learnt to play it by watching YouTube videos. So far, he has learnt to play 50 songs in Malayalam, Tamil and Hindi languages.

Ishan is the son of Rajesh and Shailu of Perumbilavu. He is a Class 3 student of Government UP School, Korattikkara.