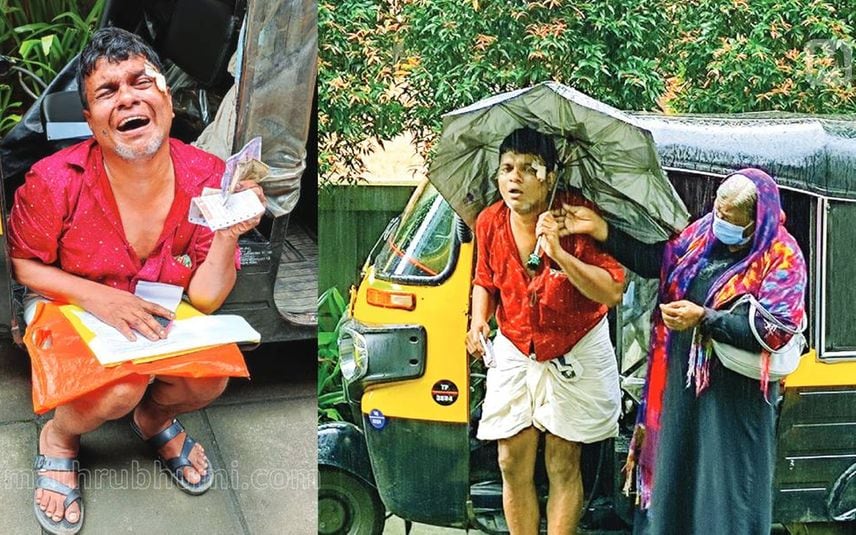 Thrissur: In an unfortunate incident that happened on Wednesday, a man who inquired about the coach position in the railway station was beaten up. Shameer, son of Vadakkanchery native Moosa, sustained injuries on his forehead after the railway staff hit him with a torch. RPF has filed a case against the railway employee based on Shameer's statements.

Shameer had arrived at Thrissur railway station to go to Thiruvananthapuram for treatment. It has been stated in the complaint given by Shameer that he was beaten by a railway employee when he asked about the location of the S-5 coach on which he was supposed to travel. Injured Shameer was rushed to the General Hospital by the railway police. The wound on his head needed three stitches.

Shameer said that he was beaten on many other parts of his body. His journey was also cancelled due to this incident. Shameer had to seek treatment at a private hospital again due to intense pain in the eye. He has also filed a complaint with the railway station manager over the matter.

Shameer was on his way to Thiruvananthapuram as a part of the treatment of a neurological disease that makes the nerves grow weak. He finds it difficult to walk due to this condition and also has trouble with speech. The treatment for this has been going on for a long time.

Shameer’s mother Sainaba said that almost Rs 5000 is needed for his daily treatment. Sainaba finds the money for this by selling lottery tickets in the town. His father Moosa is bedridden following an accident. Shameer sometimes goes to paint vehicles but is unable to work continuously.