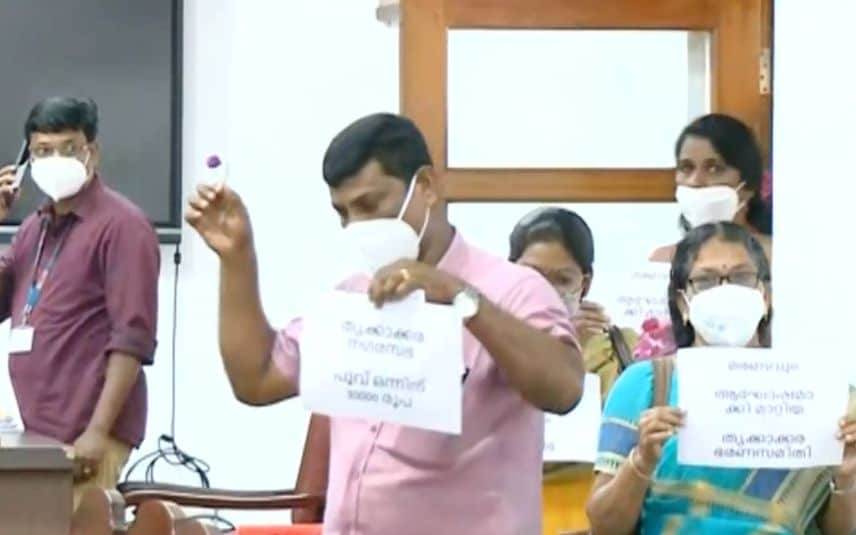 Kochi: The Opposition conducted a march to the Thrikkakara municipality meet venue on Saturday. The protest was staged demanding enquiry over spending Rs 1 lakhs to buy flowers for the funeral of PT Thomas. The opposition had lodged a complaint to the Municipality secretary.

The mortal remains of PT Thomas were kept for public homage at the Thrikkakara community hall under the ownership of the municipality. It has already come to light that an expense of Rs 1,27,000 was spent to decorate the hall and the table on which the body was placed. The opposition condemned that the municipality did not pay heed to the last wish of PT Thomas who did not want flowers or even leaves to embellish his funeral.

Opposition also alleged corruption as the municipality did not convene a meeting with them before spending such a big amount. The members of the opposition reached the municipality council conference on Saturday holding flowers in hand as an act of protest.