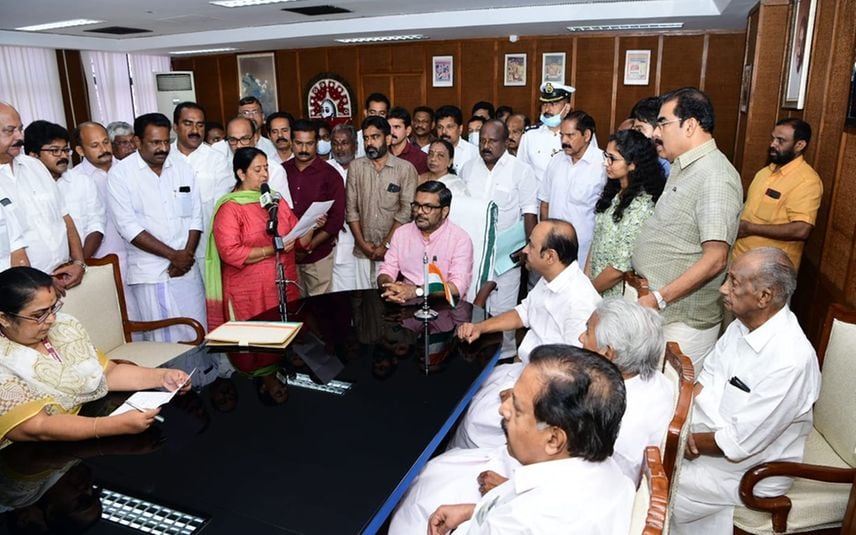 Thiruvananthapuram: After registering a win at the Thrikkakara Assembly by-election held on May 31, Uma Thomas on Wednesday was sworn in as an MLA of the Kerala Legislative Assembly by Speaker M.B. Rajesh in his office room in the Assembly campus.

Uma is the widow of two-time Thrikkakara's Congress legislator PT Thomas, who passed away in December last year.

She won with a margin of over 25,000 votes, much to the surprise of all, as the Left led by Chief Minister Pinarayi Vijayan had launched a blistering campaign by fielding an interventional cardiologist Joe Joseph and had announced that the Congress bastion at Thrikkakara would be breached.

Present on the occasion of the swearing in were Congress veterans Oommen Chandy, MM Hassan and several other Congress and United Democratic Front legislators.

In the 140-member Kerala Assembly, while the ruling Left has 99 members, the Congress-led UDF has now 41 members.

Of the 41 till now, the only women legislator is KK Rema, who belongs to the Revolutionary Marxist Party, which was a friendly ally of the Congress and with Uma now being sworn-in, the opposition bench will have two women.

Uma will now have to wait till June 27 when the fresh session of the Assembly begins to take part in the proceedings.