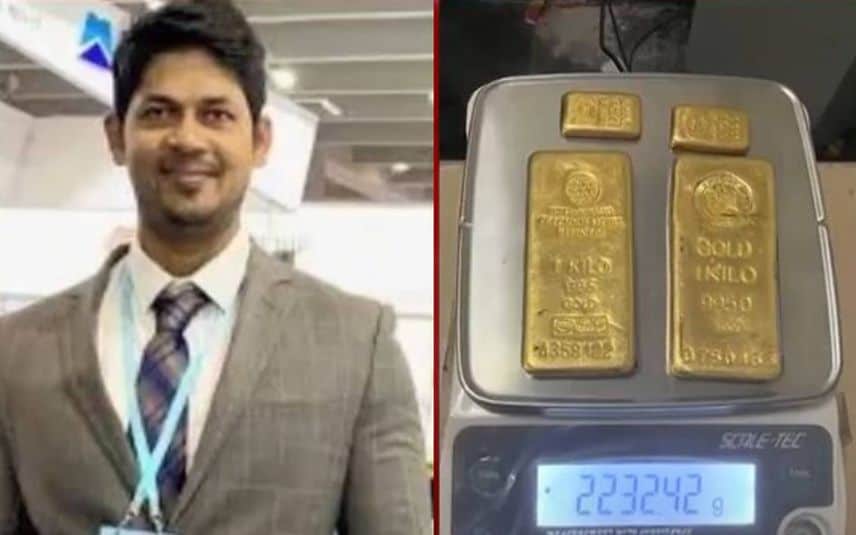 Kochi: Film producer KP Sirajudheen was taken into custody by Customs over Thrikkakara gold smuggling case. Sirajudheen was booked for smuggling gold in a butchering machine. Three other accused in the case including Shabin, the son of the Thrikkakara Municipality Vice-Chairman Ibrahimkutty were arrested earlier.

It was on April 2, that the customs foiled the bid to smuggle 2.5 kg of gold smuggled in the interior of a butchering machine at Nedumbassery airport. The customs officials recovered the gold hidden inside the machine imported from abroad and the package carried an address to a location in Thrikkakara here. The customs had found that gold has been smuggled similarly on other occasions as well.

After questioning Shabin and others who were arrested in the case, it was revealed that producer KP Sirajudheen is the one who sent the gold from abroad.

Later, customs served notices to Sirajudheen’s house several times asking him to surrender before the authorities. But he didn't respond to any of the notices. Sirajudheen was nabbed by the customs when he landed at Chennai airport on Tuesday and reached his native place. Sirajudheen is the key accused in the gold smuggling case. His arrest will be recorded soon.