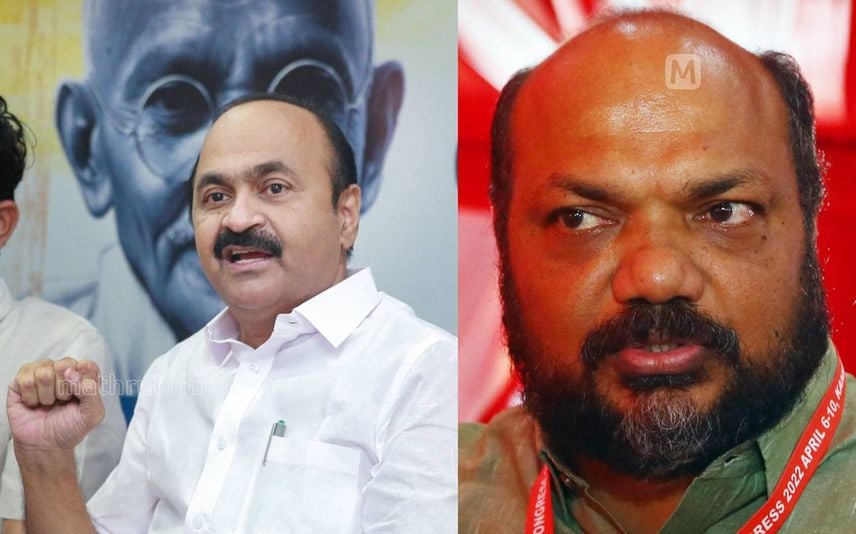 Kochi: Amid the heated argument between CPM and Congress over Thrikkakara bypoll, Opposition leader VD Satheesan raised a sharp criticism against minister P Rajeev for allegedly intervening in the decisions of Congress.

He also alleged that Rajeev misused the institution of the church for claiming that the church supports the LDF candidate.

“ You are going to witness UDF’s Ashvamedha in Thrikkakara. If you dare, you can chain it,” he challenged minister P Rajeev.

“Why Rajeev is so upset over my election coordination?,” Satheesan asked.

He criticised the minister for dragging the church to the election.

“ He tried to introduce LDF’s candidate as the church backed candidate. As his plan backfired, he is putting all blames on me,” Satheesan told Mathrubhumi News as reacting to Rajeev’s remarks against him.

Earlier, Rajeev has commented that VD Satheesan is trying to prove that he is the only leader in Congress.