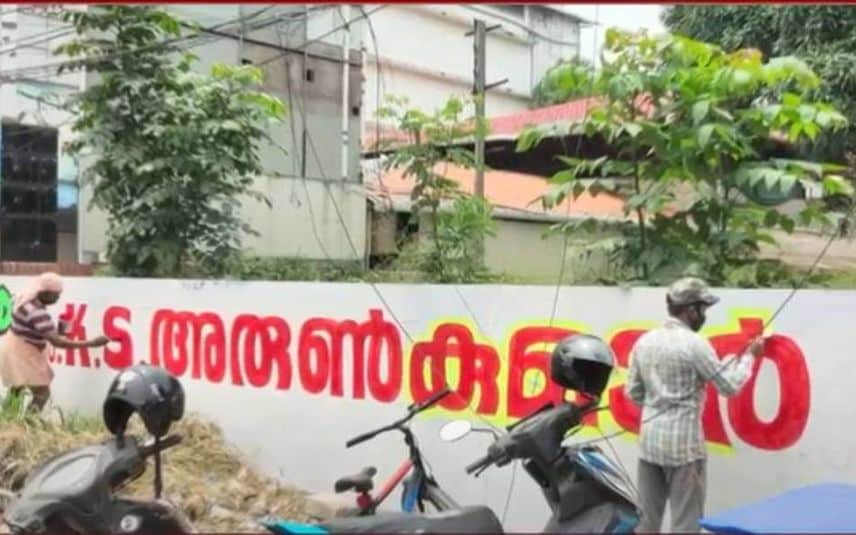 Kochi: Following the statements of LDF convener EP Jayarajan and minister P Rajeeve, the workers here stopped the wall writing for KS Arunkumar, a probable candidate for LDF in the Thrikkakara byelection.

Jayarajan and Rajeeve had refuted the reports that the party had zeroed on Arunkumar. The proposal of the district secretariat has to be vetted by district committee and then the state committee before LDF convener officially announces the name.

Rajeeve said that the candidate will not be announced today.

Meanwhile, some sources suggest that CPM may drop a surprise candidate. A woman Congress leader from Ernakulam has expressed wish to contest as LDF candidate from Thrikkakara, it is learnt.

However, Left profiles on social media have already started campaigning for Arunkumar. Posters are widely shared and the workers have welcomed the decision to field a youth, who is popular through TV debates on the SilverLine project.