Polling started at 7 a.m on Tuesday and conclude by 6 p.m. 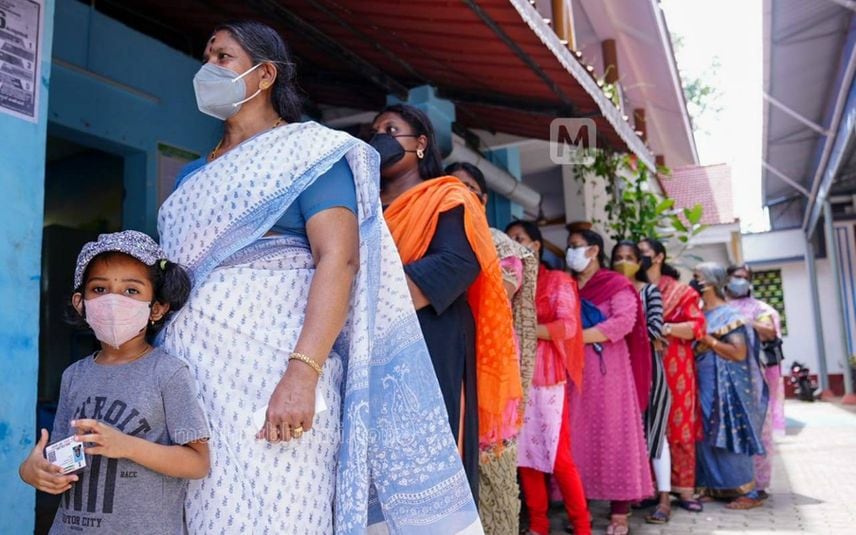 Kochi: Voters in Thrikkakara constituency on Tuesday to exercise their adult franchise in the assembly bypoll. As per the available data, the polling crossed 50 per cent around 2.30 pm.

Polling to the Thrikkakara byelection, which started on Tuesday morning at 7.00 am, witnessed 39 per cent of voting as of 12.30 pm. The polling will conclude at 6 pm.

Meanwhile, police took one person into custody over alleged bogus voting. Piravam native Alwin was nabbed for allegedly trying to cast vote in the name of another candidate named TM Sanju, a native of Ponnurunni. Congress and NDA activists alleged that LDF is behind the bogus voting attempt.

Candidates Jo Joseph and Uma Thomas cast their votes early in the morning. Actors Mammootty, Harisree Ashokan and Renji Panicker also turned up and added glamour to the democratic process.

Meanwhile, the presiding officer of the Mottichod booth was removed after the LDF booth agent complained that the official was inebriated.

As voters started to queue up before the 239 polling booths at the upcountry constituency in the commercial capital of Kochi, stakes are high for Chief Minister Pinarayi Vijayan and also the new Leader of Opposition VD Satheesan, as it's his home district. 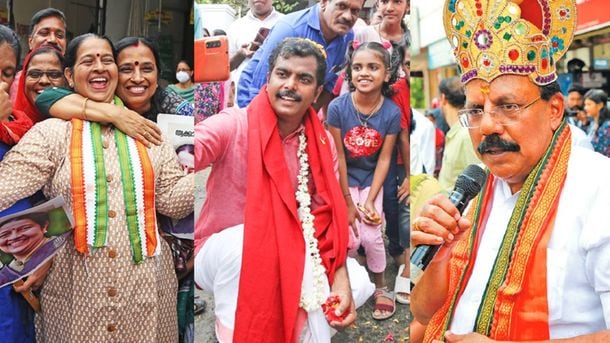 In 2021, 70.36 of the electorate cast their votes. Given the intense campaigning this time, the voting percentage is likely to touch 75 per cent.

Thomas's passing away in December last year, necessitated the fresh poll with the Congress fielding his widow Uma Thomas, while the CPI-M brought in a young interventional cardiologist Joe Joseph. The BJP, meanwhile, went for veteran leader AN Radhakrishnan.

The Left campaign peaked after Vijayan returned from the US after his treatment and since then, around 60 of their legislators were stay put in the constituency as they appear determined to breach the century-mark of legislators in the 140-member Kerala Legislative Assembly.

Leading the campaigning by being stay put in the constituency, the Left Democratic Front convenor and CPI-M veteran E.P.Jayarajan expresssed confidence in a swashbuckling win.

"Just look at the appalling position of the Congress. It's nowhere to be seen and has lost its might across the country and not to mention in Kerala and Thrikkakara also. We will win hands down, which will see the decimation of the Congress and the UDF here," said Jayarajan.

Meanwhile, Satheesan said since this is the first election after he took over and that too happening in his home district, he will be taking the entire responsibility.

"We have no doubt of what's in store when the votes will be counted. We expect to increase the margin that we got last time," said Satheesan.

The BJP candidate Radhakrishnan said he is seeing is a clear pro-Modi wave and they are expecting a big surprise, similar to what happened in the 2016 Assembly polls when the BJP for the first time opened its account in the Assembly when BJP veteran O Rajagopal won from the Nemom constituency in capital district.

Votes will be counted on Friday. While the Congress expects a minimum margin of 8,000 votes, which might even cross the 20,000, the CPI-M is hopeful of a margin of around 5,000 votes.