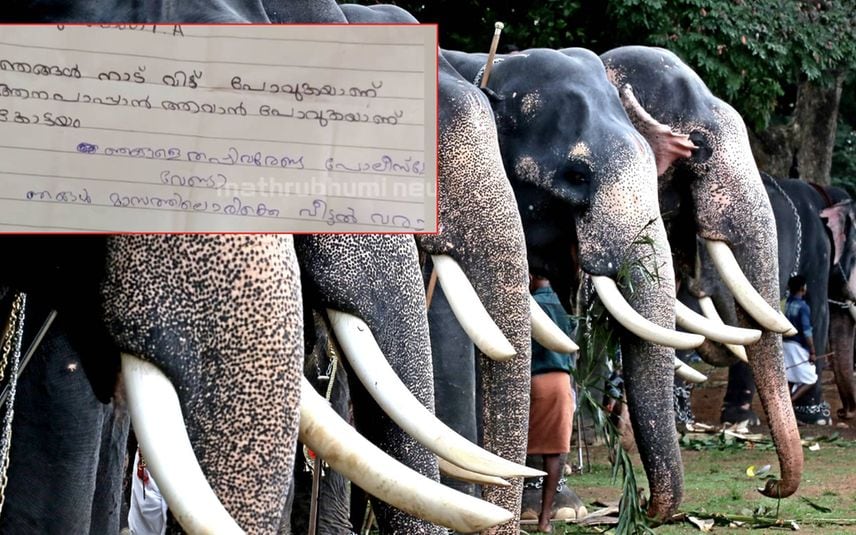 Thrissur: Police traced the three children who reportedly fled from their houses in Thrissur. As per the letter recovered from the family, the kids had ran away to become mahouts.

The three children are the eighth standard students at a school in Kunnamkulam's Pazhanji.

The children left their houses after leaving a letter which read: “We are going to Kottayam for becoming mahouts. No need to come in search of us or inform the police. We will visit the house monthly”.

The children went missing since Thursday at around 6 pm. The letter was handed over to a classmate, which he later entrusted to a teacher. It was the teacher, who passed the information to the children's parents.

The parents of the children lodged a complaint with Kunnamkulam police.

The children were found in the wee hours of Friday following the search conducted by the police, school authorities, and the locals here.