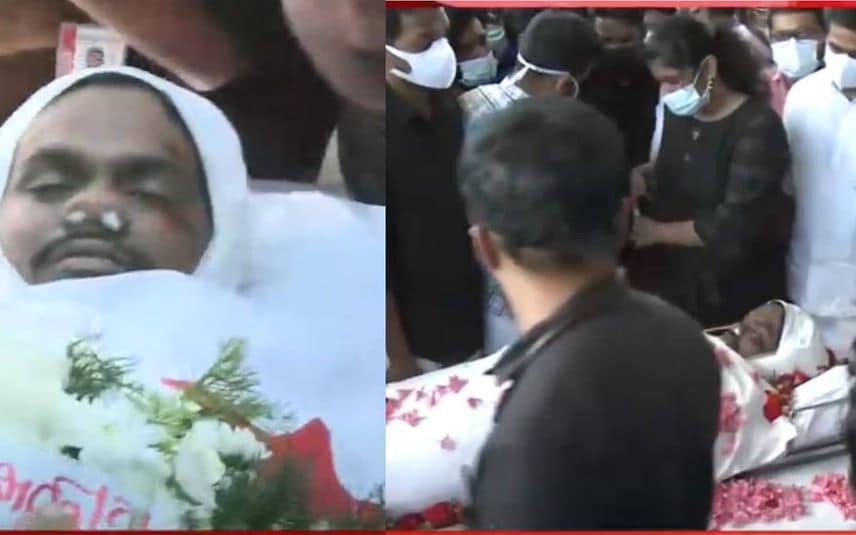 Painavu: Thousands paid homage to the slain SFI leader Dheeraj Rajendran who was stabbed to death during a skirmish between KSU-SFI members at govt engineering college in Idukki. SFI and CPM leaders received his body after the postmortem procedures were over at Idukki Medical College on Tuesday.

Later, his body was brought to the CPM Idukki district committee office and his college for public homage. A large crowd, including CPM and SFI members and Dheeraj's friends, came to pay their last respects. Following this, the body was taken to his native place in Kannur. The body will be received by CPM and SFI leaders at Mahe.

Arrangements for public homage are made at Taliparamba. The cremation will be held at the public cemetery at Trichambaram in Kannur. It is learnt that a memorial will be erected on the land bought by the CPM near Dheeraj's house.

The CPM has also announced a hartal in Taliparamba from 4 pm onwards. Arrangements have also been made to offer wreaths at Dheeraj's portrait in the town square of Taliparamba. The mourning procession is expected to reach Kannur late.