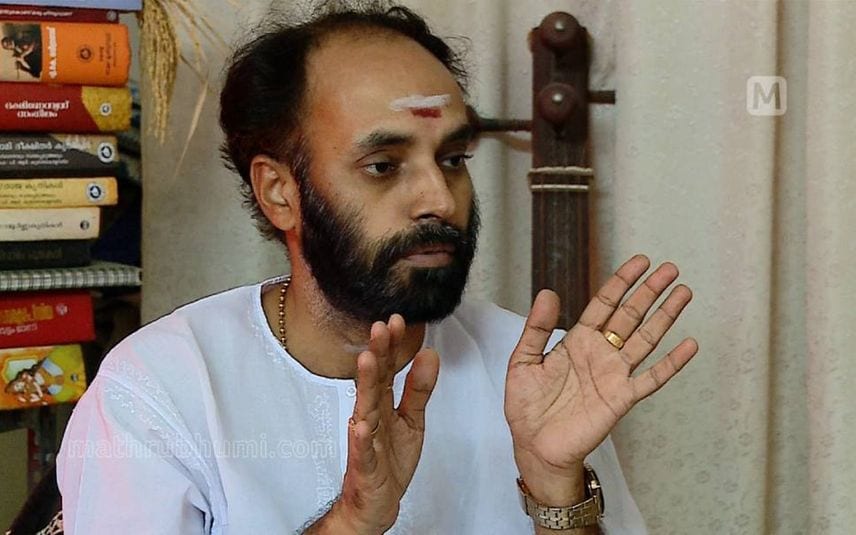 Thiruvananthapuram: KVV Namboothiri, the lyricist who wrote the controversial song for the 'Thiruvathira' event hosted by CPM in Thiruvananthapuram, said that there is no need for the controversy surrounding the song. He said that a district panchayat member asked him to write the lyrics for the event in connection with the CPM district conference.

He wrote the lyrics and also composed the music for the song. He dismissed the claims made by the critics that the lyrics were written to give a divine identity to Chief Minister Pinarayi Vijayan.

Namboothiri said he is saddened by the controversy. "No leader asked me to remove Pinarayi Vijayan's name from the song," he said.

Thiruvathirakali event was organised at Parassala on Tuesday ahead of the CPM Thiruvananthapuram district convention. CPM was widely criticised for hosting the event. As many as 550 party members took part in the event despite Covid-19 restrictions.

Kochi: State Congress president K Sudhakaran on Wednesday said that KV Thomas does not have any place in Congress and the party is not giving him any attention, ..

Kochi: The leader of the opposition (Congress) in Kerala, VD Satheesan Wednesday, alleged that the ex-MLA P C George is playing the role of mediator between ..

Thiruvananthapuram: AA Rahim MP, who had requested to bestow ‘ useful presentations’ in functions, was astounded when he arrived for a programme at Manikkal ..

SSLC evaluation camp to start on Thursday; shortage of teachers may pose problem

Malappuram: The Education Department has not yet appointed teachers to attend the SSLC evaluation camp that starts on Thursday. There is a need for around ..