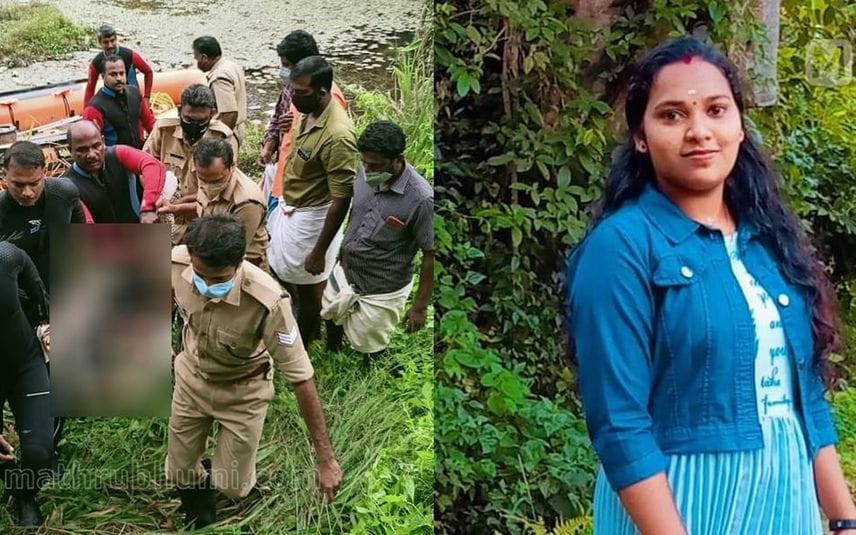 Thiruvananthapuram: A young woman who went missing from her house was found dead in a quarry pond at Chittikkara here. The deceased was identified as Veiloor native Midhuna (22). Her husband Pothencode native Sooraj was killed in a road accident a week ago.

Midhuna was missing from her house since Sunday early morning. When relatives and locals launched a search operation, her body was found in the quarry pond. Police assume that the woman ended her life as she was heartbroken over her husband’s death.

Midhuna’s husband Sooraj was hit by a car at Muttathara national highway on September 5. The mishap took place when he was returning after dropping Midhuna at Thiruvallam nursing college where she was studying. The couple had tied the knot only 7 months ago.

Pothencode police charged a case over the incident. The body was shifted to hospital for post-mortem.