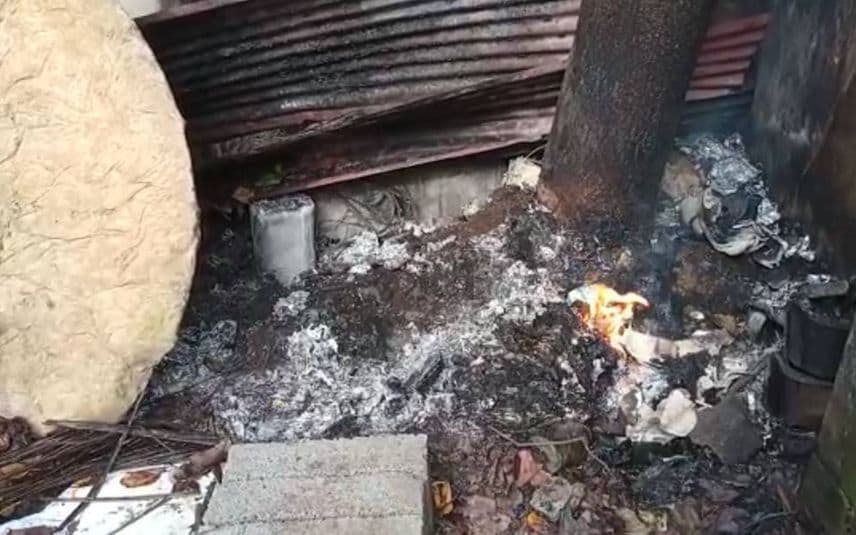 The place where the body was found

The locals noticed fire from the dried leaves and wastes present on the compound in the early hours. When they tried to put out the fire, the charred body was spotted. Following this, they informed police.

The police examined the body and found that it was of a man aged around 55 years. The person has not been identified yet. The body was shifted to Varkala government hospital. The police have initiated probe into the incident.

Charred body of employee found inside theatre in Perumbavoor