Shibu Kumar and Anjana were travelling to Thiruvananthapuram when police charged Rs. 1,500 for speeding. 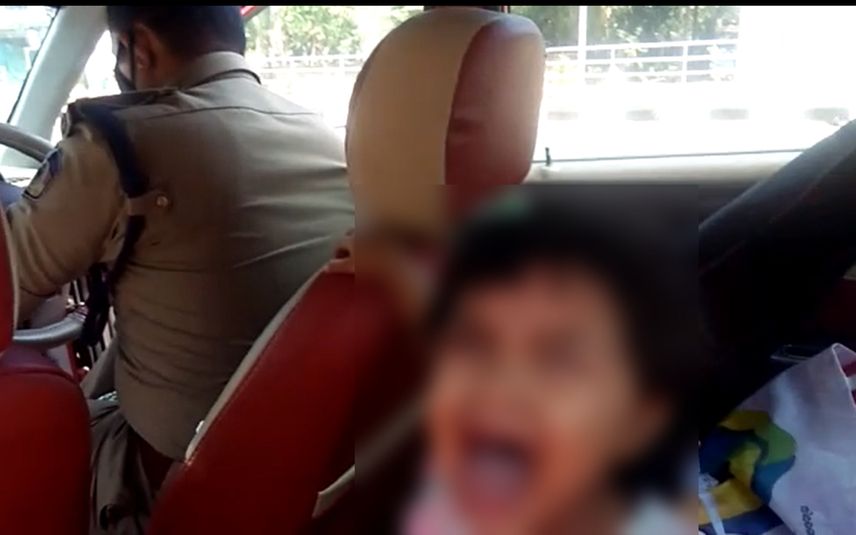 Visuals of the child locked up in the car

Thiruvananthapuram: A couple has filed a complaint against police officials of Balaramapuram station here that they locked up their 3-year-old child inside the car during inspection.

Neyyattinkara natives Shibu Kumar and wife Anjana were travelling to Thiruvananthapuram when police charged Rs 1,500 for overspeeding. When they told the officials that they did not have the money to pay the fine, police locked their car, the couple said.

'Our three-year old kid was inside the car. The police did not turn back though the child was in the backseat crying,' they said.

The couple later borrowed some money and paid the fine. The incident happened in February. The incident came to light when they filed a complaint against the police.

Onam celebration at Malappuram,TVM schools ends up in street fights