Polite, good in studies and a badminton star: Friends mourn death of medico killed in accident 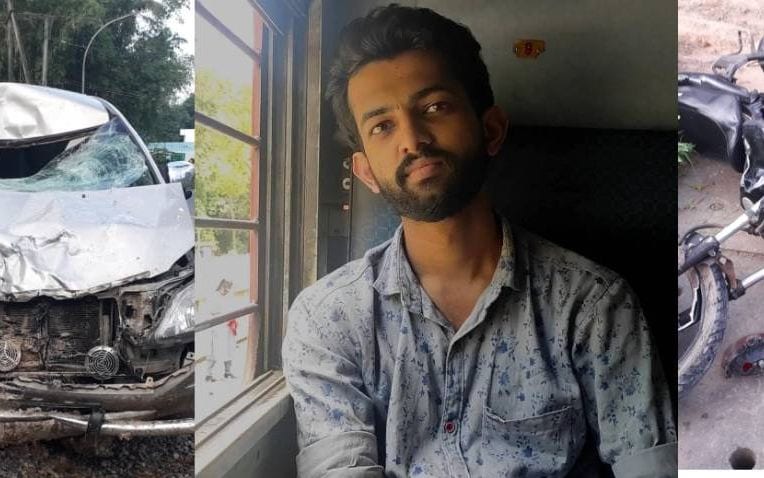 The vehicles and deceased Nidhin Hari

The student, a native of Kothamangalam in Ernakulam, who was riding a bike along with another medico from the same college, collided with a car. While Nidhin succumbed to injuries, his friend sustained serious injuries and was admitted to Ananthapuri hospital. The accident took place at 4.30 am while the students were going to the railway station from the college.

At 2:30 pm, the body of Nidhin was brought from Thiruvananthapuram Medical College to Gokulam Medical College and the campus was plunged into mourning. The body was kept in the college hall for public homage. Representing the college, MD Dr KK Manojan, laid wreath on his body. 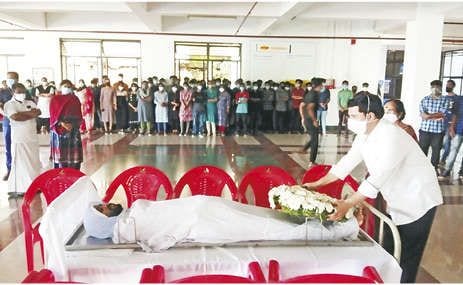 Sources said that Nidhin was a polite person and maintained good relationship with friends. He was good in studies and a badminton star. Nidhin was part of college shuttle badminton team and was active in clubs in his native too.

During the public homage, many of his friends broke down and a pall of gloom descended the place. By 3:30 pm his body was taken to his native place.

10-yr-old boy who followed his father slips into ditch, dies