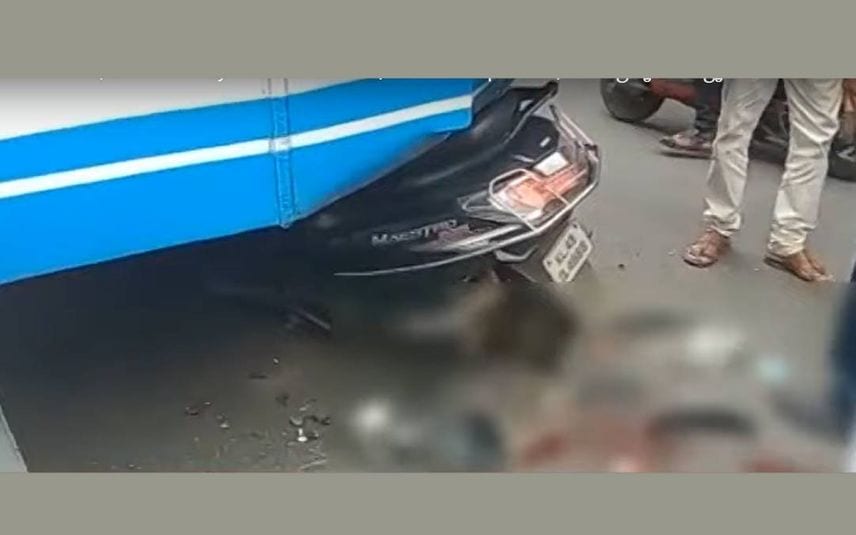 Thiruvananthapuram: A man and his five-year-old son were killed in a road accident near Infosys campus at Kazhakkoottam here on Tuesday. The man’s wife was seriously injured in the mishap. The scooter in which the family was travelling rammed into a KSRTC bus that was stopped for picking passengers.

The deceased are identified as Thrissur natives Rajesh and his son Rithwik. They were residing in Balaramapuram. Rajesh’s wife Suchithra was admitted to Thiruvananthapuram medical college with serious injuries. It is learnt that she is critical condition.

Rajesh was working as a sales executive in an aluminium fabrication company. The family was going to visit a friend in Kilimanoor. The bus was stopped at Chithira Nagar bus stop near Infosys to pick passengers when the overspeeding scooter rammed into it.

The front portion of the two wheeler was caught inside the bus under the impact of the collision. Though Rajesh and family were rushed to hospital, he and son succumbed to injuries later.

FATHER AND SON KILLED IN ACCIDENT