Massive fire breaks out at scrap godown in TVM 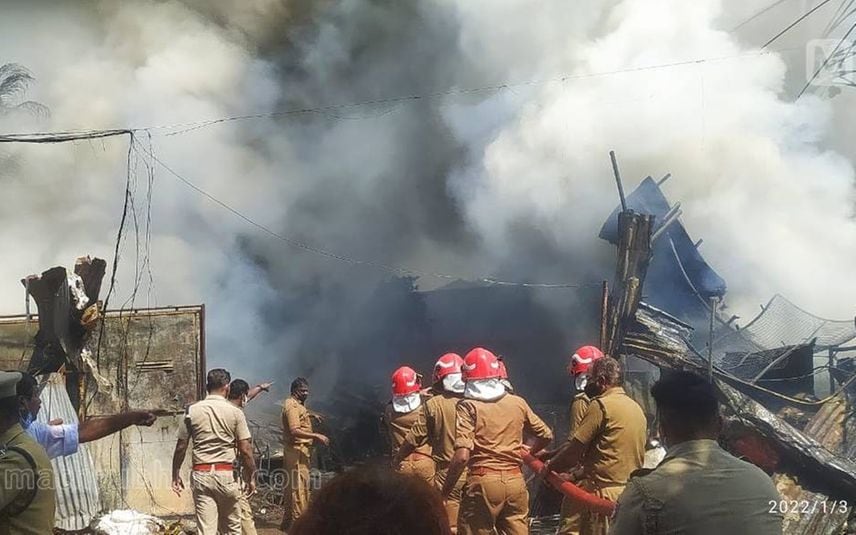 Thiruvananthapuram: A massive fire broke out in a scrap material godown near PRS Hospital at Killippalam here on Monday. The fire force is trying to extinguish the fire.

The fire broke out in a residential area. Two fire force units, police and locals are trying to contain fire. They are trying to stop the fire from spreading to the houses in the area.

Following the mishap, traffic from Killippalam to Bund road has been completely banned. People are evacuated from both sides.

"We received the information about the fire at 12.03 PM. As of now, ten units from seven fire stations have reached the place and efforts are on to contain the blaze," an official at the Kerala Fire and Rescue Services Headquarters said.

No casualties have been reported yet, the official said.