Insult to foreigner at Kovalam: Departmental inquiry against three cops including SI 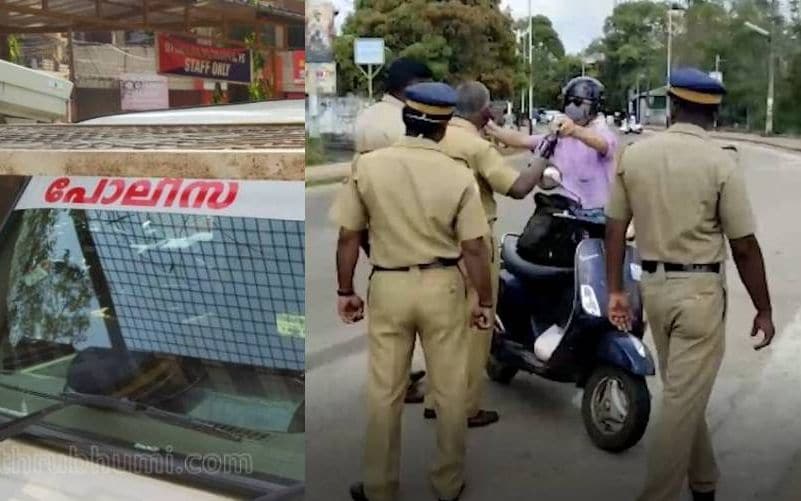 Thiruvananthapuram: In connection with the complaint regarding a foreign tourist who purchased liquor on New Year’s eve, insulted by police officers, more cops are likely to face action. Thiruvananthapuram City Police Commissioner G Sparjan Kumar has directed to initiate departmental inquiry against the three policemen including the SI who are involved in the incident.

SI Aneesh, Manesh and Sajith will be facing the departmental inquiry as per the direction of Thiruvananthapuram City Police Commissioner. Earlier, Grade SI Shaji of Kovalam police station was suspended after the chief minister intervened in the matter. The City Special Branch Assistant Commissioner had submitted report after preliminary inquiry.

High level officers may be assigned to further detailed probe into the incident as the lapses on the part of the police force has come to light. As per initial findings, it was the fault of the police officers to detain a foreigner despite recognizing that he had purchased liquor from the Beverages outlet.

Chief Minister Pinarayi Vijayan had also sought a report from the DGP Anil Kant on the incident. Tourism Minister PA Mohammad Riyas also had lashed out against the police for their behaviour towards a foreigner. Minister said that the action of the police would be a major setback for tourism sector.

Stephen Osborg, 68, a Swedish man who had been staying at a private hotel in Kovalam for four years, was stopped by Kovalam police. The incident took place on Friday afternoon near Suicide Point on the way to Kovalam beach. Following this, a video of the incident shot by some onlookers went viral in social media.

During inspection, Police saw three liquor bottles and sought the bill. However, he replied that he did not carry the bill. Police took a stringent stance that he will not be allowed to possess the bottles without bill. Following this, a verbal spat took place between the police and Steve.

Irked over the matter, Steve emptied one of the bottles on the roadside. As the happenings were captured by the onlookers, the police then changed the stance and informed Steve that he does not have to dispose liquor. They said he only has to submit the bill. To prove his innocence, Steve returned to the outlet, collected the bill and showed it to the police.

New Delhi:After Khalistan flags were found put up at the Himachal Pradesh Legislative Assembly entrance, the AAP on Sunday slammed the BJP, asking how ..