2 women found butchered in a suspected case of human sacrifice in Thiruvalla; Couple among 3 held 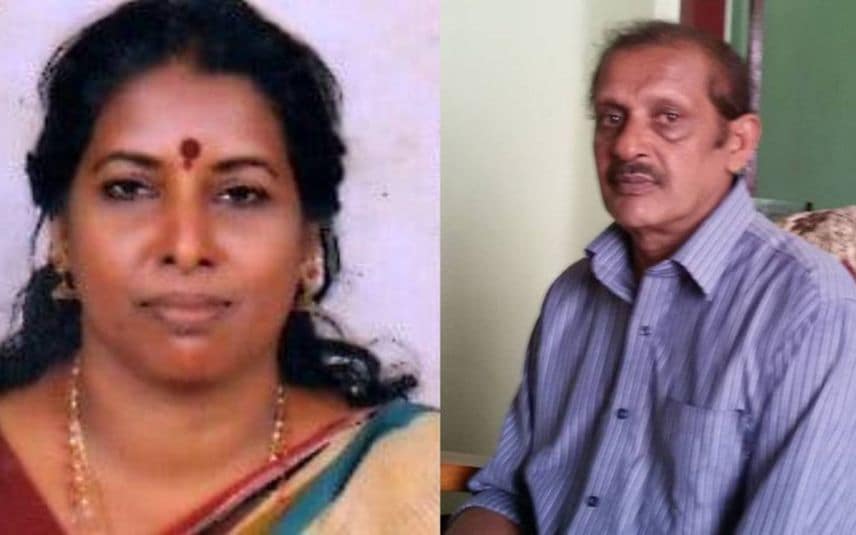 The recent deaths of two hapless women have turned out to be a shocking incident of alleged human sacrifice for black magic in Kerala as police have taken three persons, including a couple, in custody in this connection here on Tuesday.

The deceased women, who had earned their daily bread by selling lottery tickets on streets, were allegedly "sacrificed" by the accused to settle their financial issues and bring prosperity in life, police said.

The two women's throats were slit and their body parts cut into pieces before burying it in two different locations in Thiruvalla in Pathanamthitta district, police said quoting the accused.

The victims, said to be in their early 50s, were natives of Kadavanthara here and nearby Kalady. They had gone missing in September and June this year, respectively, and the subsequent probe has led to the shocking story of human sacrifice in the state.

The arrested persons were identified as one Bhagavanth Singh, a local massage therapist, his wife Laila, both natives of Thiruvalla; and Rasheed alias Muhammand Shafi, a Perumbavoor native who was suspected to have brought the now deceased women to the house of the couple where the sacrifice was said to have been done.

"During our investigation regarding the missing woman from Kadavanthara, we came to know that she was killed in that couple's house in Thiruvalla and her body was buried after being cut into pieces there. It was a human sacrifice for the financial benefit of that couple," Kochi City Police Commissioner Nagaraju Chakilam told PTI.

On further interrogation, it was also found that this was not the lone case but another woman was also "sacrificed" similarly in the same house in June.

"It was also at the same house...by the same couple...and the woman was brought by the same person. The third person had not only played an agent role (in both these cases) but was also instrumental in getting this done. He convinced the couple that this should be done," he said.

The senior officer said the trio are under custody now and a police team would soon reach Thiruvalla to exhume the bodies of the deceased women.

"The bodies are not in one shape...they have been made into pieces and buried," he said.

"Prima facie, it was a case of murder for financial gains through black magic and human sacrifice. Police will look into all aspects and details," he added. PTI