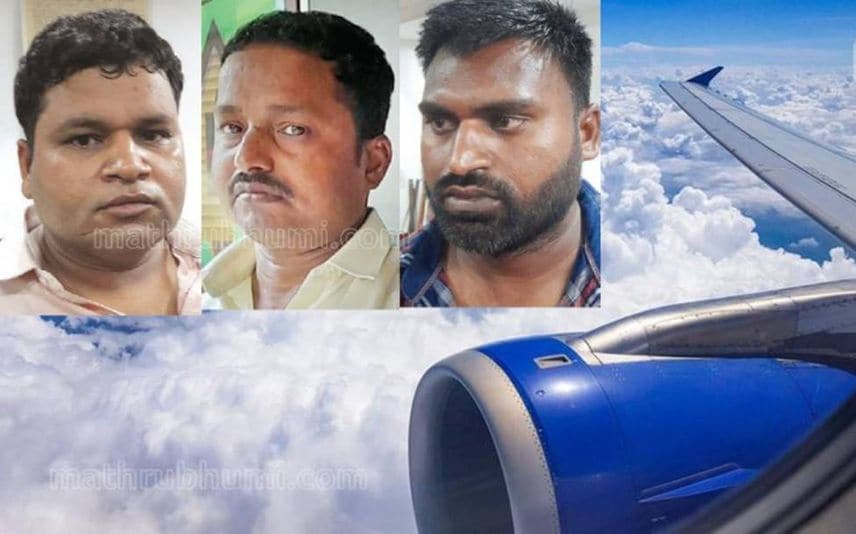 Kochi: Police arrested three people for theft that happened in four houses in Kochi on consecutive days. Chandraban (38) from Sambal, Uttar Pradesh, Mintu Bishwas (47) of Delhi and Harichandra (33) were members of a gang whose modus operandi was to steal as much gold and cash as possible during a short period of time and return by flight.

The three of them landed at Nedumbassery airport on April 21. They target big houses that are locked in the city. On the day of their arrival, they entered a house in Kadavanthra Jawahar Nagar and stole gold worth Rs 8 lakh. The next day, three sovereigns of gold and Rs 8,500 were stolen from a house in Elamakkara. They were caught by the police while planning the third robbery.

Police stepped up investigation into the two thefts that happened in the city. From the examination of the CCTV footage, it was revealed that the two robberies were carried out by the same group. Subsequently, on the recommendation of City Police Commissioner CH Nagaraju, a Special Investigation Team was formed comprising officers from Kadavanthra, Elamakkara, North and Central stations. The inspection was also carried out using the dog squad.

Police from all stations in the district investigated houses, camps, hotels and lodges of the migrant workers. The lodge where the accused were staying was found around 2 am. Police confirmed the accused by checking the identity card and phone number. The accused used to change their stays frequently.

While the police team was conducting a search in Kochi after the two robberies, a watch worth Rs 1.5 lakh was stolen from a house at Elamakkara Manimala Cross Road and Rs 35,000 from a house in Palarivattom. The accused were arrested after this.