Thief who arrived at vacant house in Kannur falls into well, fire force come for rescue

He fell into the well as he was trying to get to the top floor of the house by holding on to its parapet and the red bricks came apart as he was doing so. 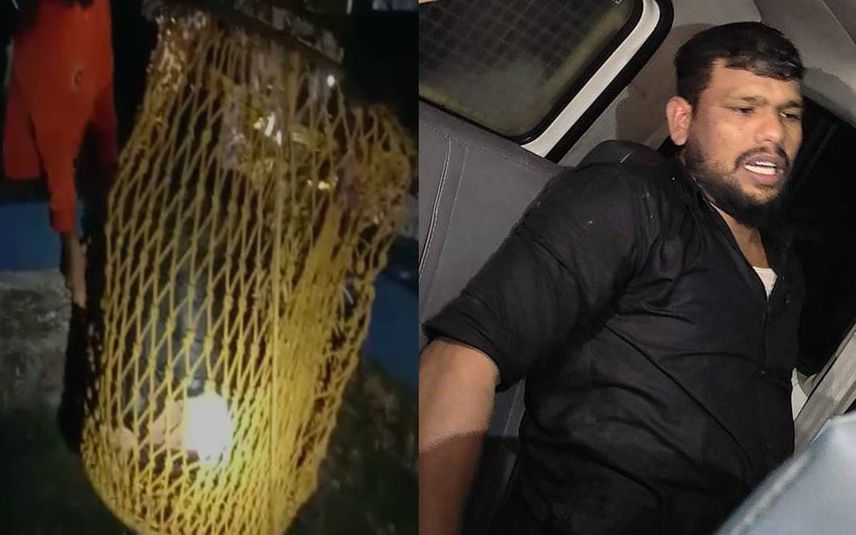 Kannur: A thief who arrived at a vacant house at night fell into well and was rescued by locals and fire and rescue officers. Taliparamba native AP Shameer (35) fell into the well adjacent to the house of former principal K Pavithran and Kannur DEO AM Rajamma.

The incident happened at around 9.30 pm on Monday. Shameer, who was injured from the fall, was admitted to a hospital. He was arrested by Peringome SI PP Aboobacker Siddique and later remanded. Police said that Shameer is an accused in three theft cases that have taken place in the locality.

He fell into the well as he was trying to get to the top floor of the house by holding on to its parapet and the red bricks came apart. A knife was also found from the parapet.

Rajamma and her husband were away from their home since 2 pm on Monday. The locals were the first to sport Shameer when he got trapped in the well. Neighbour PV Vinod and others found him inside the well when they looked around in the place after hearing screams by 9.30 pm on Monday.