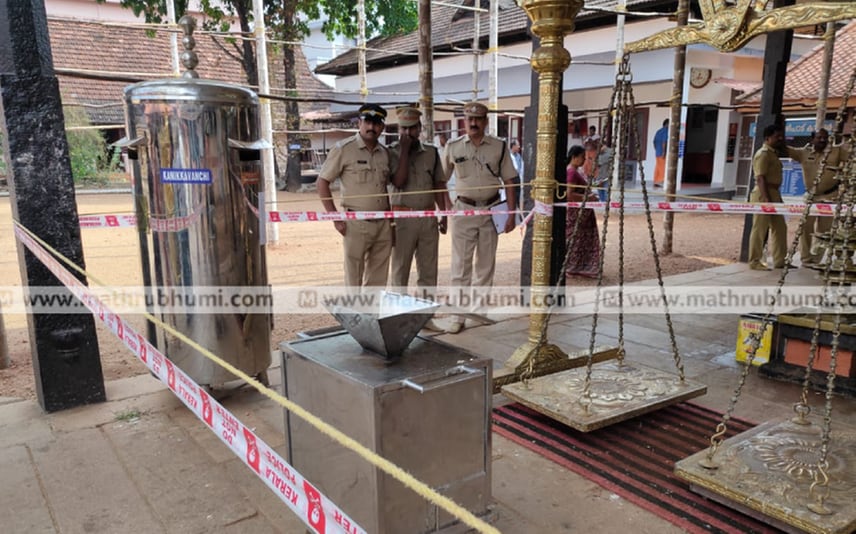 Kottayam: A theft was reported at the Thirunakkara Mahadeva temple on Friday. The hundis were broke open.

Police said that the image of the robber has been caught in CCTV. It is assumed that the robber is a migrant labour. Prima facie it is believed that the robber entered the temple compound jumping the wall near the guard room adjacent to the northern nada gopuram.

Police team under SP and forensic experts visited the spot and conducted examination.