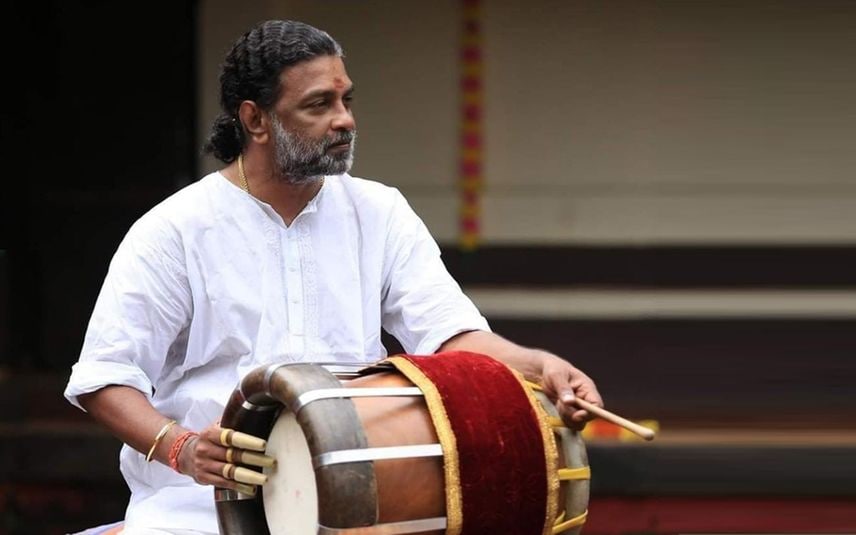 Kochi: Famous 'thavil' (drums) maestro Vaikom Karuna Moorthy passed away at 53. His death was at a private hospital in Kochi on Wednesday at 3 pm. He was undergoing treatment for abdominal disease.

A former teacher at Vaikom Kshetra Kalapeedam, he conquered the audience using his mastery of 'thavil'. He was 53. Hailing from Vaikom in Kottayam district, Karunamoorthy has performed in many venues in the country and abroad, winning the hearts of traditional music lovers. Karunamoorthy was bestowed with the prestigious honour "Asthana Vidwan'' of Kanchi Kamakoti Peetam for his meritorious service to traditional Indian Music. Kerala Chief Minister Pinarayi Vijayan and state Culture Minister Saji Cheriyan condoled the demise of Karunamoorthy.

Sreelatha Moorthy is his wife. Children: Athira Moorthy, Anand Moorthy. Son-in law: Manu Sankar. The funeral will be held on Thursday at Vaikom.