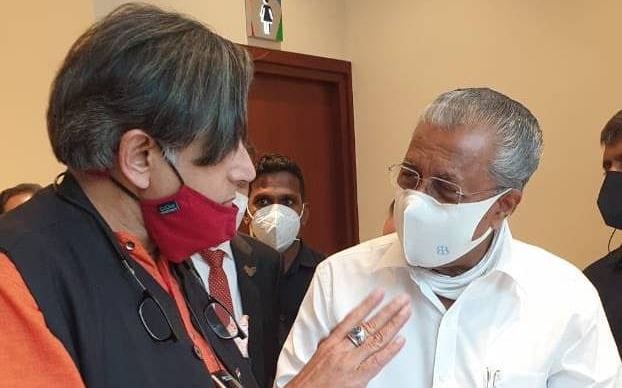 Thiruvananthapuram: In a major move, senior Congress leader MP Shashi Tharoor has changed his stand on the K-Rail project. While considering the Union Budget, the congress leader on Tuesday questioned whether 400 Vande Bharat trains announced in the budget could replace K-Rail.

Tharoor's remark came after the Union Budget announced the launch of 400 high-speed Vande Bharat Express trains in the next three years.

Earlier, Tharoor has openly stated that there is a need for him to study the K-Rail project before opposing it, resulting in fellow party leaders rallying against him. Leaders, including KPCC state president K Sudhakaran, had sharply criticized Tharoor.

Back then, congress leaders from the state even demanded the national leadership to take action against Tharoor.

'In the Union Budget presented today, the announcement of 400 new Vande Bharat trains with a speed of 180 km per hour to be introduced in the next three years is significant for Kerala. It is imperative that the Central and State Governments look at this project as a cost-effective and energy-efficient alternative to the K-Rail SilverLine project currently announced in Kerala,” Tharoor wrote on his Facebook page.

If Vande Bharat trains were to be made available to Kerala, the government's demand for the rail project that connects one end of the state to the other will be fulfilled. At the same time, this announcement could also address concerns raised by the opposition against the land acquisition, environmental impact and financial burden to be considered while implementing the K-rail project, he added.