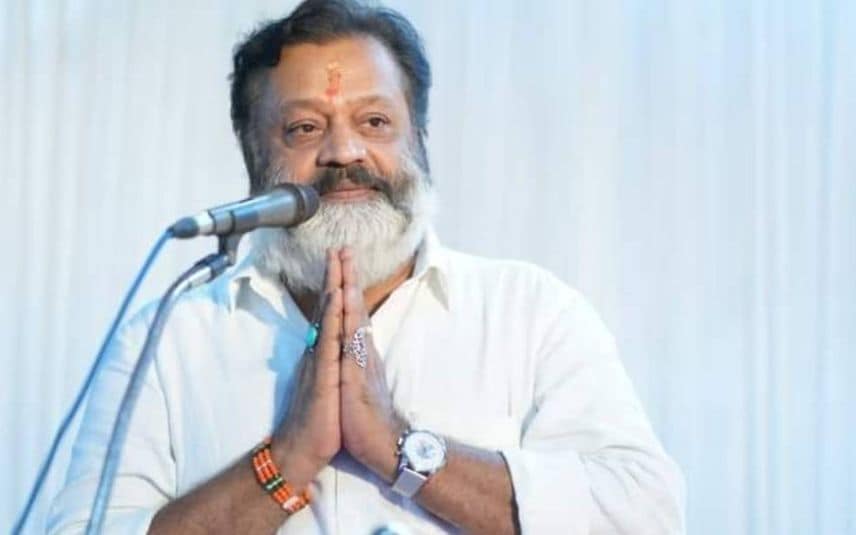 Thrissur: Actor-turned-politician Suresh Gopi has again responded to the ‘Vishukaineettam’ controversy. Due to political interference, even after Vishu, the people will come asking for ‘Vishukaineettam’. People are becoming persistent instead of following the custom. Suresh Gopi scoffed that he was thankful for this.

The visuals of Suresh Gopi, sitting in his car, giving ‘Kaineetam’ to women and kids and letting them touch his feet for blessing went viral. The actor was criticised for his actions.

A similar controversy erupted when BJP leader and renowned engineer E Sreedharan let people touch his feet during the assembly election campaign in Palakkad. Sreedharan defended his actions at that time.

Suresh Gopi had also given money to the head priest of the temple to give ‘Kaineettam’ to the devotees visiting the temple. The temple management later banned such donations.

Congress and CPM are watching his actions closely. The actor, whose Rajya Sabha term is ending, has reportedly got a green light from BJP to prepare for the 2024 Lok Sabha elections. Suresh Gopi had unsuccessfully contested in the 2019 general elections and 2021 assembly elections from Thrissur. In both elections, he almost bagged 30 per cent of the votes.