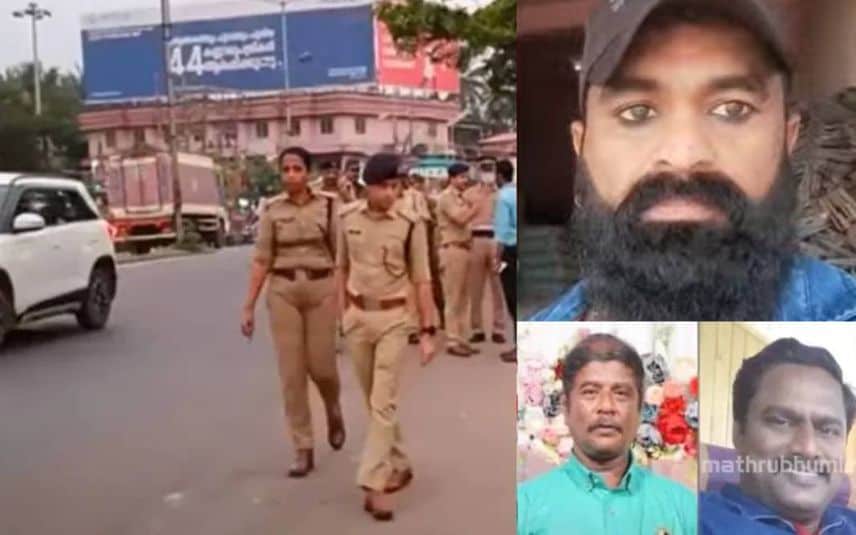 Thiruvananthapuram: Police nabbed the key accused in the twin murder of CPM activists in Thalassery. Accused Parayi Babu, who was on the run following the murder, was arrested from Iritty on Thursday.

Khalid (52), a fisherman, and his brother-in-law Shameer (40) were killed allegedly for questioning the sales of psychotropic drugs in their locality.

Police have arrested two more youths- Arootty and Sandeep- who aided Parayi Babu to flee after the murders. The vehicle used to escape was also taken into custody.

Meanwhile, chief minister Pinarayi Vijayan stated that the murders were shocking. Through a Facebook post, CM promised to resort to severe action against the assailants and assured a vigorous probe into the case.

Such criminal groups will be suppressed with the support of police and excise, noted the CM.

“Nettoor natives Khalid and Shameer were murdered for their activities against drug abuse. These brutal murders happened at a time when the government has been conducting massive anti-drug campaigns. People have started to question the sales of drugs in their respective localities and the mafias are now troubled by this,” read CM’s Facebook post.

CM urged the public to stand united to deal with the drug mafias and reminded to protect those who raise their voices against the drug peddlers. He expressed condolences to the family and friends of the victims.

"Aaftab will kill me, cut me into pieces and throw me," Shraddha told Police in 2020

Gold worth around Rs 1 crore seized from Kannur airport