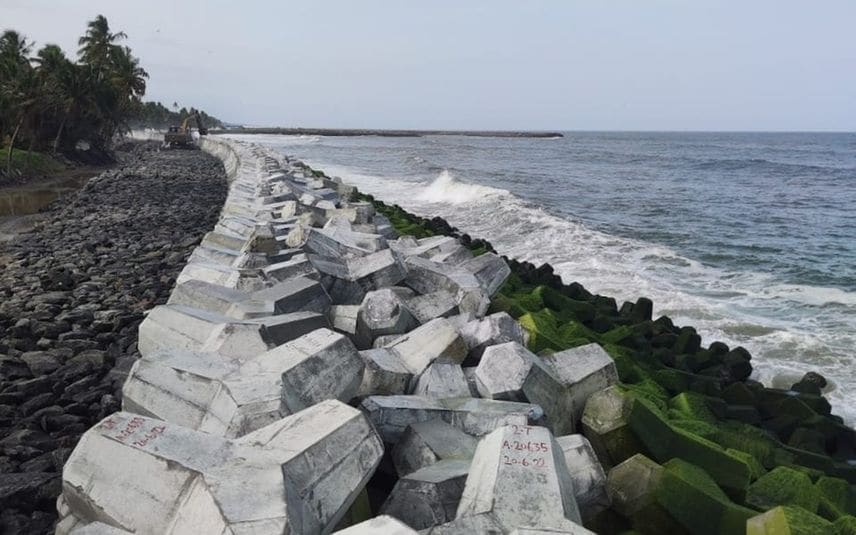 Chellanam natives are heaving a sigh of relief this year following the installation of Tetrapod seawalls along the coast of Chellanam in Ernakulam which is highly prone to sea erosion. Minister for Cooperation and Registration V N Vasavan shared the happiness of seeing the residents have a safe monsoon after a long time. He took to his Facebook to share the pictures of the seawall along with a heartfelt note.

He said that it gives him happiness that a Uralungal Labour Contract Cooperative Society has overseen the seashore protection in an effective and timely manner.

Activities to protect the shores were started in 10 hotspots or threatened coastal areas across the state. The first ever project as a part of this was implemented in Chellanam. Building seawalls using tetrapods and constructing sea bridges were mooted as alternatives to reduce the threat to those living on the shores.