Palakkad teen dies after getting lost in currents; mishap happened near his family's estate 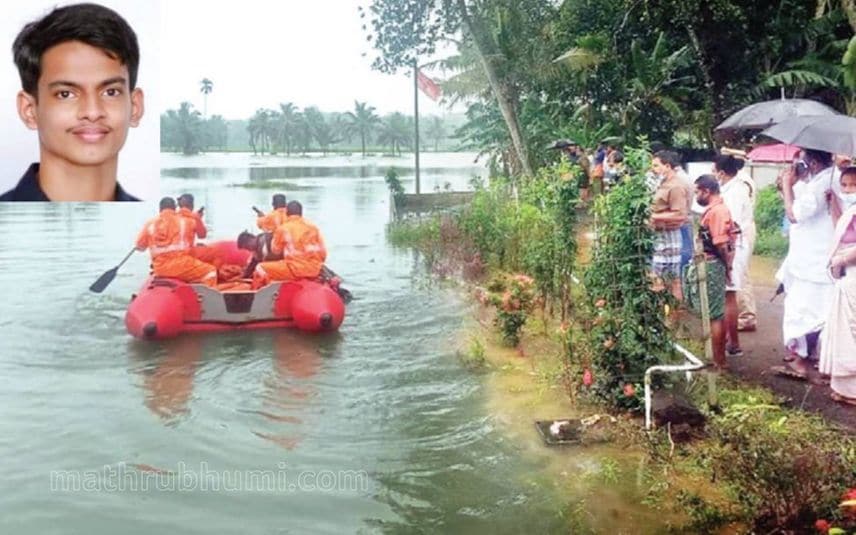 Mannarkkad (Palakkad): The familiarity of the place where he was brought up did not help Amal as he was carried away by strong currents. Little did Amal know that it would be his last journey when he went out to the stream with his friends that day.

Amal is the eldest son of Mannarkkad natives Benny and Vinu, teachers at St Mary’s Higher Secondary School. He had just completed Plus Two with good grades and was preparing for higher studies when the accident that took place on Wednesday claimed his life. Amal was a favourite among his friends and family.

The mishap happened when Amal was hanging out with friends in the rubber estate owned by his family. The gang arrived to play in the waters after 2 pm. The water in the estate and the nearby stream was on the same level. There were strong currents in the nearby stream. Amal slipped and fell into the stream while playing. Though his friends had a grip on him in the beginning, he was soon lost in the currents.

Amal’s father Benny heard about the news of his son’s demise while he was out on an errand. Though the locals prayed for a miracle, all hope was lost when the body was recovered from the stream by the rescue team.