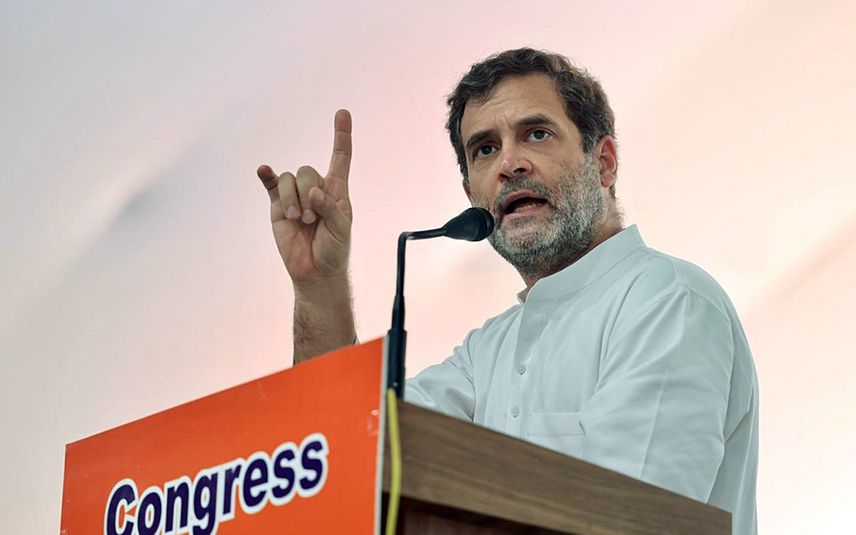 Malappuram: Team India is one where everyone comes together irrespective of their religion, language or community to overcome challenges before the country and not one which is divided as the ruling dispensation at the Centre allegedly believes, Congress leader and Wayanad MP Rahul Gandhi said on Sunday.

Speaking at an event for honouring Santosh Trophy winners and distributing football jerseys to various teams in Malappuram district of Kerala, Gandhi said just like a football or cricket team, which requires all its players to play as a unit to win, India too is a team whose success is "based on all its people, all the religions, all the languages, the States and all the communities" here coming together.

"That is what team India is. However, we have a ruling dispensation which does not understand this. They think by dividing India along religious lines, language lines, community lines, Team India can be successful. You can see the result of hatred and division. You can see the economic collapse that has taken place. You can see the joblessness that is apparent to every single person," he said.

"Therefore, my advice to you is that the same way you treat your fellow players in the team, treat all Indians as a team. Carry everybody together. Regardless of where they come from, regardless of their religion, language or community, treat them all the same. Then Team India will overcome all the challenges before it," the Congress MP said.

Gandhi, in his speech, further said that the only India possible was a "secular India".

"There is no other India that is possible. An India that is divided along religious lines, that is divided along linguistic lines, is no longer India. An India where people feel humiliated because of the State they come from, the religion they follow or the language they speak, this is not the true India. India is a union of all States, religions, languages and communities and India exists only if every person who belongs here feels comfortable here," the Congress MP said.

Gandhi was on a three-day visit to Kerala and will return to Delhi tonight. PTI