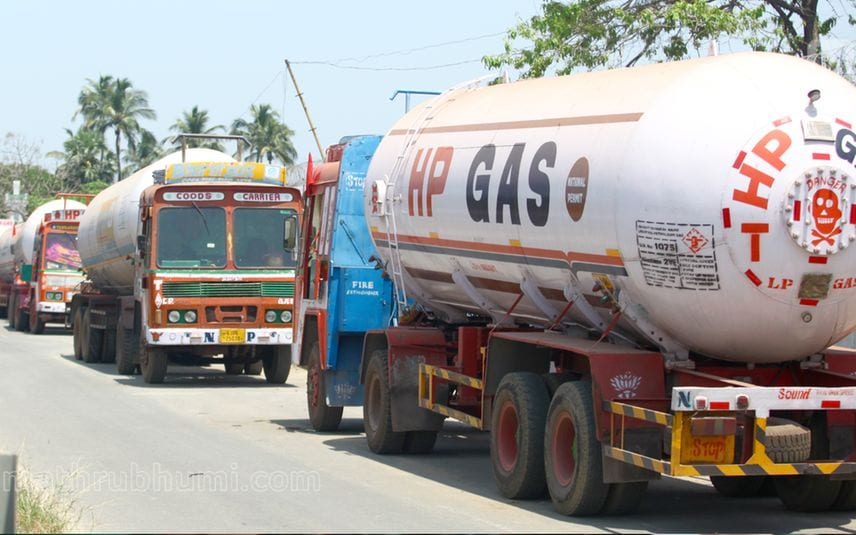 Irumbanam (Kochi): The HPCL, BPCL tanker lorry strike which started on Monday was called off following a notice from the authorities that tanker owners need not pay GST.

The strike was sparked by a dispute between tanker owners and oil companies over GST. The transportation of fuel resumed from Tuesday morning.

The truckers associated with the oil refineries of BPCL and HPCL in Kochi had gone on strike.