Passes from the respective states are also needed while returning from the other states. This why the group has been stopped by Tamil Nadu police. 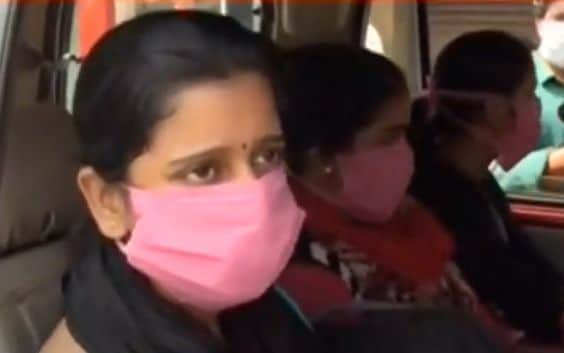 Passes from the respective states are also needed while returning from the other states. This why the group has been stopped by Tamil Nadu police. Most of these Keralites are working in Kendriya Vidyalaya schools in Tamil Nadu. They reached Kaliyakkavilai by different vehicles.

People were allowed to cross the border without the pass from Tamil Nadu the other day. However, Tamil Nadu government has made the laws stricter.

Sreejith, one of the teachers stranded on the border, said that they have all the required documents and that they came here only because Kerala Government approved it. The No Objection Pass was approved by Kollam District Collector. Another passenger told Mathrubhumi News that the police told them that they will be allowed as soon as Tamil Nadu gives them pass.

More than 5000 Keralites will return to the state from other parts of the country on Tuesday. 1.7 lakh Keralites registered via NORKA to return from other states.