Taking full responsibility for poll debacle, not blaming anyone: Mullappally 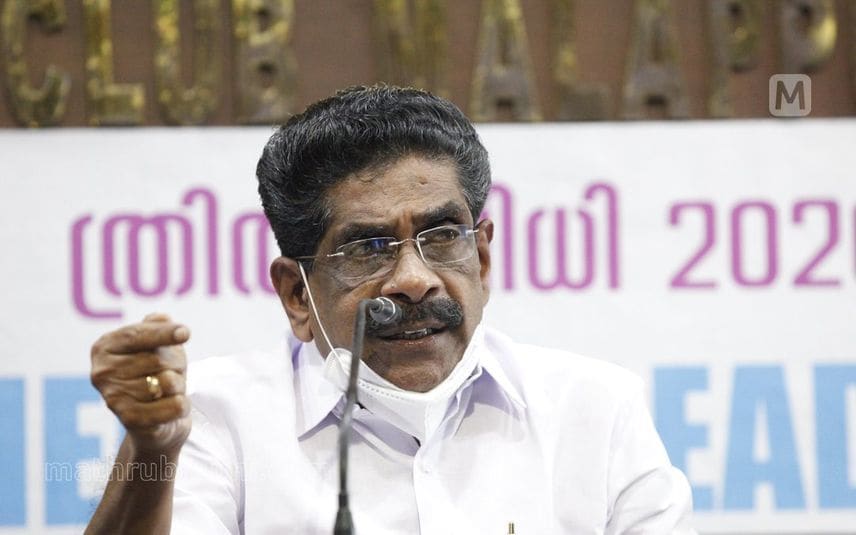 Thiruvananthapuram: KPCC president Mullappally Ramachandran stated that he had submitted a detailed report to party chief Sonia Gandhi on all matters related to the election after the poll results came.

While addressing the media here, Mullappally made it clear that he had mentioned in the report that he is unwilling to continue as KPCC president but can hold the post till an alternative system is formed.

"Sonia Gandhi and Rahul Gandhi extended strong support. But I have deep pain for the poll debacle. So, I take up complete responsibility for the defeat. I have no intention to put the blame on anyone else," he added. He also rejected the reports that he wrote a letter to Sonia Gandhi again.

"I did not attend the meeting of Ashok Chavan committee because I had nothing new to tell them. I personally informed this to the commission members and also told that I would send them a copy of the report I sent to Sonia Gandhi which can be recorded as my statement," Mullappally stated.

There are no conflicts in Congress and the media should refrain from giving such baseless reports. We all want the party to stay united. Any attempt to destroy the unity is a wrongdoing to the party, he said.

Mullappally also explained the reason for his absence in the UDF meeting. "As I requested Sonia Gandhi to accept my resignation as KPCC president, it is unethical to attend the UDF meet which is why I didn't go," he said.

He also said that he could have left the post as soon as confirming the poll debacle. But he did not do that to avoid being named as a person who left when the party was facing a crisis, Mullappally added.