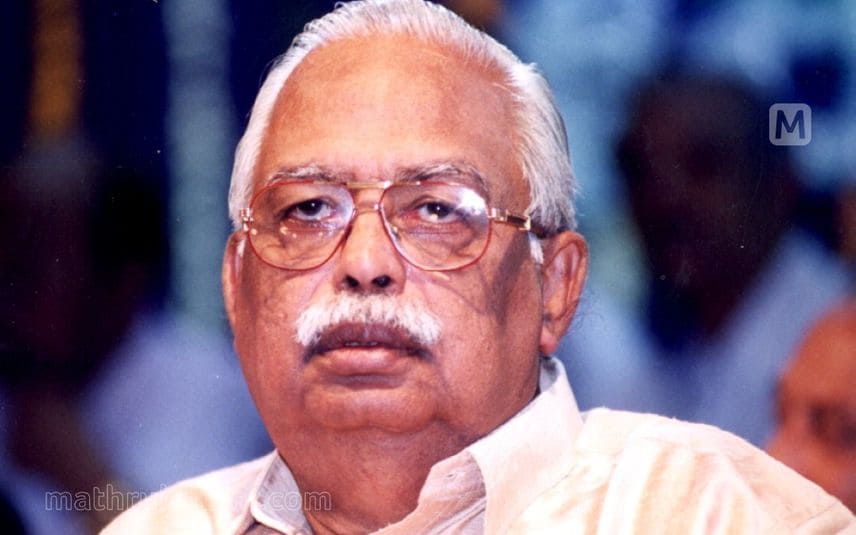 Veteran CPM leader and former minister T Sivadasa Menon, 90, passed away here on Tuesday morning. His health had deteriorated in the past few months and he was under treatment.

A former member of CPM state secretariat, Sivadasa Menon’s entry into politics was through his active participation in students’ and later teachers’ unions. He got consecutively elected to the Assembly thrice from Malampuzha constituency from 1987 to 2001. He was entrusted with the charge of Minister for Electricity and Rural Development in the third Nayanar government. It was during his tenure as electricity minister, the Kerala government adopted a remarkable scheme to introduce at least one bulb in all houses of the state.

From 1996 to 2001, he was in charge of the Department of Finance and Excise. Though several controversies engulfed the government due to the financial crisis the state went through then, Sivadasa Menon confronted all polemics with his diplomatic skills. The formulation of the much-debated KIIFB, which turned to be an integral part of Kerala’s present financial system, was also during his tenure as the Finance Minister.

He was the Chairman of the Committee of Public Accounts from 1993 to 1996.

Menon is known for his sarcastic take on matters and skill to pass quick and witty comments. He was highly admired alike by leaders of his party and the opposition as well. Party members flocked wherever Menon went to speak as he was known for his oratory talents.

When CPM underwent severe factionalism in early 2000s, Sivadasa Menon stood firm defending Pinarayi Vijayan. He was agile in politics until the Assembly elections of 2016. Once an undisputed leader of the CPM from Palakkad, he gradually receded from the public domain due to ill health and shifted to her daughter’s house in Manjeri, Malappuram.