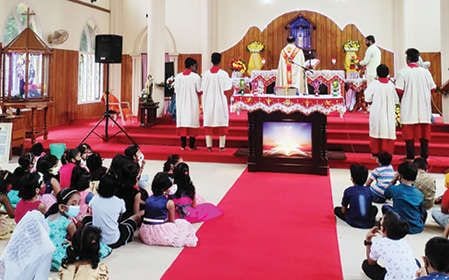 The conflict of interests fuming among a section of priests, laity and church leaders over the mode of celebrating Holy Masses in Syro-Malabar Catholic Church has further escalated with Syrian Catholic Liturgical Forum, a body of priests from different archdioceses, coming out against the Church’s decision.

According to the statement by Syrian Catholic Liturgical Forum, it is against the conscience of the forum members to say the name of Major Archbishop during Holy Mass as he challenges the decision of supreme pontiff or pope. The statement also alleged that the Syro-Malabar Media Commission criticized the consortium of priests and pope who granted permission to continue people-facing mode of Holy Mass celebration on the basis of canonical law 1538.

Similarly, Sathyadeepam, the weekly mouth-piece published by Ernakulam-Angamaly Archdiocese criticised the leadership for intentionally misinterpreting the letter from Vatican authorities over the matter. It also alleged the translated copy released by the Major Archbishop has additions and modifications. Likewise, the modified information was spread in social media, it alleged.