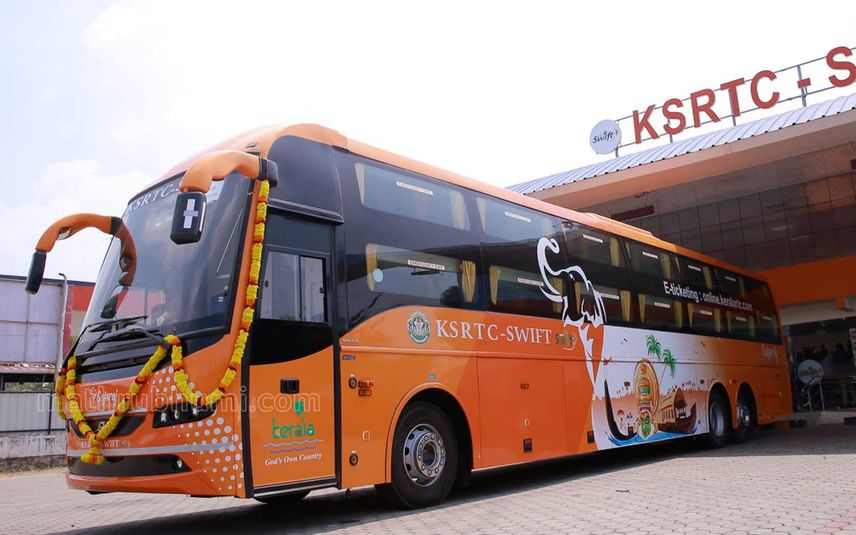 Thiruvananthapuram: KSRTC-SWIFT will receive 140 diesel automatic buses to replace 271 old superclass buses that will be removed from service soon. SWIFT will launch the new buses, by maintaining the routes under KSRTC. The state government approved the recommendations put forward by the management.

The report submitted to the government suggests that deploying SWIFT buses is more profitable as the operational expenses are low compared to the KSRTC buses. Hence, the government has decided to hand over the project share of KSRTC to KSRTC-SWIFT. As many as 1,500 superclass services operating currently will be gradually withdrawn for SWIFT.

KSRTC’s role will shrink into ordinary, limited stop ordinary bus services as the SWIFT buses will take over the long-route services. As many as 112 buses purchased for Rs 50 crore last year were handed over to the KSRTC-SWIFT. The electric buses bought with the support of KIIFB were also given to SWIFT.

The state government has granted Rs 1,000 crore as credit financial assistance and Rs 106 crore as project share for the KSRTC this year. Out of this, Rs 1,000 crore will have to be spent for loan repayment, salary and pension disbursal. The new buses will be purchased by utilising the remaining amount. Though Rs 5,000 crore was allotted for KSRTC within the period 2016- 21, the corporation could purchase only 101 buses with this amount.

KSRTC employees protesting against the move of allotting the new buses to SWIFT. Meanwhile, the government asserted that the KSRTC-SWIFT is a temporary company which would be merged to KSRTC after 10 years.