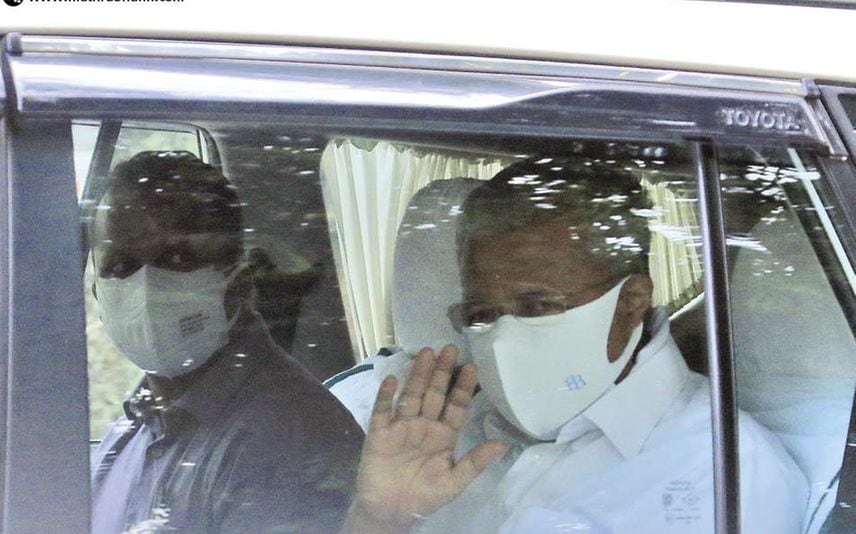 Thiruvananthapuram: Considering the Covid surge, the CPM is planning to conduct the swearing in ceremony of the second Pinarayi Vijayan-led government at the Raj Bhavan without any celebration.

It has been decided that the chief minister and other ministers should be sworn-in together. This will be finalised after the LDF meeting. The first Pinarayi government was sworn-in in a grand ceremony at the Central Stadium.

The secretariat will discuss the matters including formation of government on Tuesday. Politburo meeting will be convened on Wednesday. It is the PB which decides the chief minister. In the case of Pinarayi Vijayan, such a decision is only a technicality.

The suggestions of the state leadership regarding other ministers will be informed by Kodiyeri Balakrishnan. Once the decision in this regard is taken, state committee meeting and LDF meeting will be convened.

It is learnt that the new government will be sworn in on Monday. Before this, discussions will be held with allies and they will reach a consensus about ministers and departments. Kodiyeri Balakrishnan who efficiently intervened in seat sharing will take care of this matter too.

The allies that have only one MLA are unlikely to get minister post. The meeting will convince them the difficulty of the situation. When the previous government was formed, only Congress (S) was the ally with only one MLA.

Kerala Congress (B) joined LDF later. Though they were not given any minister post, party chairman R Balakrishna Pillai was given the chairman post of Kerala State Welfare Corporation for Forward Communities with cabinet rank.

This time, there are five allies with only single MLA. RSP (Leninist) which is not an ally also support LDF. Kerala Congress which has five MLAs should be given at least two ministers posts. In the previous 20-member cabinet, the CPM had 13 ministers including the chief minister. CPI had four ministers while NCP and JDS had one minister each.

The maximum number of ministers in a cabinet is 21. Even then, not all allies can be included in the cabinet. This will be discussed in the meeting with allies.

Central Committee members KK Shailaja, MV Govindan, K Radhakrishnan, state secretariat members MM Mani and TP Ramakrishnan are others from the party's top rung who are likely to be included in the cabinet.

As Mercykutty Amma was defeated in the polls, a new face is likely to be included as woman minister besides KK Shailaja. Veena George has more chance. If there are more than two women ministers, a woman may be appointed as Speaker, it is learnt.

Thiruvananthapuram: The tourism sector in the state is slowly reviving after taking a hit following the Covid pandemic. During the first half of this year, ..