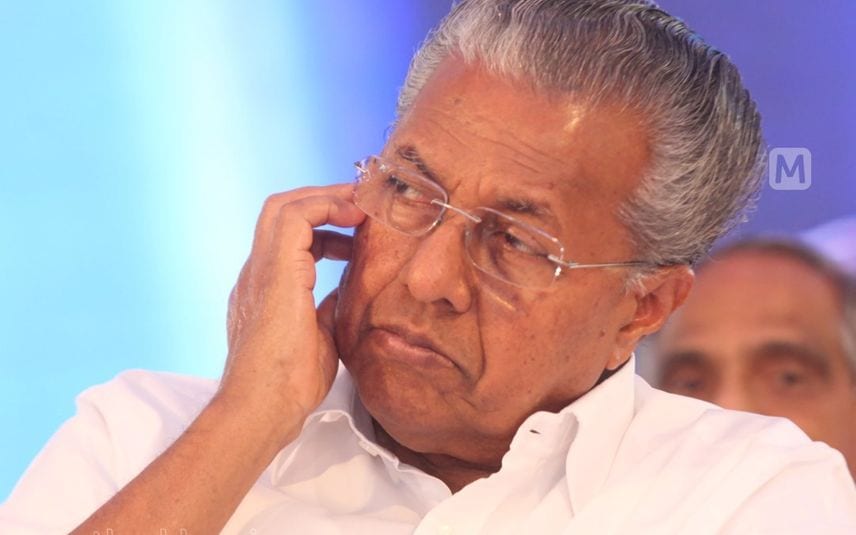 "In the country, such a thing is being heard of for the first time where a Chief Minister is alleged to have smuggled gold in a biriyani vessel. We demand Vijayan to resign and a probe be ordered under the monitoring of a court. There were lots of agencies which probed this and at the end it was a settlement between the BJP and the CPM. Even the family members of Vijayan are named. This is really shameless and he should quit," said Sudhakaran and added that the Congress-led UDF will meet soon to decide the future course of action.

For Pinarayi Vijayan, Kerala Police on Tuesday set up unprecedented security to ensure that no media personnel comes anywhere close to him when he arrived at the airport here.

The media was present in good numbers, but they were shocked to see that a big rope was tied far away from where the car to pick the CM had come.

Journalists were shouting at the top of their voices asking what he has to say about the fresh revelation by Swapna Suresh of his role.

But Pinarayi Vijayan, feigning ignorance of what was being asked, got into his car and drove away amid unprecedented security.

Top Congress legislator and former Leader of the Opposition Ramesh Chennithala also slammed the role of the CM in the gold smuggling case.

Speaking to the media, Chennithala said his position has now been vindicated.

"I had raised then that Pinarayi Vijayan knew everything and he is the prime accused in this case. Whatever he does to hide, the truth will emerge. I raise things only which I am sure of. If a proper probe had been done by the various central agencies, it would have come out then. Then there were speculations that the BJP and the CPM were hand in glove. A fresh probe will bring out everything," said Chennithala and added that he has no clue of what Vijayan's family members' role was as I don't speak of things I don't know.

Earlier in the day, Swapna Suresh who was at Kochi, revealed on Tuesday that she has given a statement under section 164 of the CrPC and in it she has clearly talked about the role of Chief Minister Pinarayi Vijayan, his wife Kamala, their daughter Veena, Nalini Netto (former Chief secretary), his secretary C.M. Ravindran and K.T. Jaleel (former State Minister and present legislator) in the gold smuggling case.

On Monday, after giving her statement before a local magistrate here she had said that she will speak to the media on Tuesday.

"I have been advised by the court to show restraint when I speak and hence I am not able to give out everything. It all began in 2016 when CM first went to the UAE. Then M. Sivasankar (his secretary and top IAS official) had asked me to make all arrangements for his visit to the UAE and we did it through our UAE Consulate here," said Swapna.

"The next day, I get a call from Sivasankar saying that Vijayan has forgotten a bag and it should be immediately sent to him. We at the Consulate office have a scanner and when we scanned it was filled with currency notes," said Swapna.

She then said, on several occasions, a biriyani vessel (round in shape and a big one) was transported from the house of the UAE Consulate General here to the residence of Pinarayi Vijayan.

"This has happened on several occasions and it has been found out that it contained metal-like objects. This was done under instructions from Sivasankar," added Swapna.

She pointed out that in the past also she has said the same thing to the various agencies, but this is being said to the media for the first time.

"I have been asked by the court to show restraint and since I respect the court, I am saying only this much now. Maybe in the coming days, I will be revealing more," said Swapna, soon after coming out from the court, where she was giving her statement under section 164.