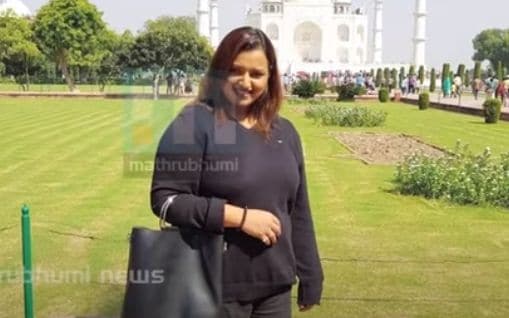 Thiruvananthapuram: In relief for a 'whistle blower' Air India employee, Swapna Suresh, the prime accused in the Kerala gold smuggling case, was on Friday arrested by the Crime Branch in the fabricated sexual harassment case against the official.

The complaint of Air India official L.S. Sibu in the fabricated sex harassment case against him was lying in cold storage allegedly on account of her connections with the high and mighty, but started to move after her arrest in the gold smuggling case.

Swapna, presently cooling her heels in a jail here, was on Friday produced virtually before the Chief Judicial Magistrate by the Crime Branch police probing the case in which she allegedly to have a role, and the court sent her to the agency's custody till May 22.

Sibu, a union leader and working in the Ground Services Department at the Trivandrum airport, had, in 2014, alleged financial irregularities at the airport and sought to bring them to the attention of the Central Bureau of Investigation, the Central Vigilance Commission and the Prime Minister.

He was transferred to Hyderabad effective April 2015 on the basis of complaints of sexual harassment by female staffers.

Despite numerous pleas by Sibu, and his wife and daughter, Air India officials continued to maintain silence and he was even suspended in August last year, on the grounds that he spoke to the media, soon after the gold smuggling case took centre stage.

It was after a long legal battle that the Kerala High Court, in July 2018, directed Air India to reinstate him. He was reinstated end December last year and is at present on leave.

The court had also ordered the Crime Branch to conduct a detailed probe into the fabricated sexual harassment case against Sibu, and this revealed that apart from the forged complaint of 17 female employees at Air India SATS here that he misbehaved with them, there were two other forged complaints against him, which were sent to the top officials of Air India.

It was based on these complaints that Sibu was transferred to Hyderabad.

Swapna Suresh was employed at the Air India SATS but left the job in 2015, after the police began their first probe based on a complaint from Sibu.

At the time of her arrest, she was employed in a IT related firm attached to the office of Chief Minister Pinarayi Vijayan at a salary of over Rs 1.75 lakh.

Also arrested in the gold smuggling case was senior bureaucrat M. Sivasankar, who was also Principal Secretary to Vijayan, but he is now out on bail.

Swapna dragged Madhav Warrier into this due to his dispute with HRDS: KT Jaleel

Police officers asked me to pose for selfie at station after they recorded ...