Swapna dragged Madhav Warrier into this due to his dispute with HRDS: KT Jaleel 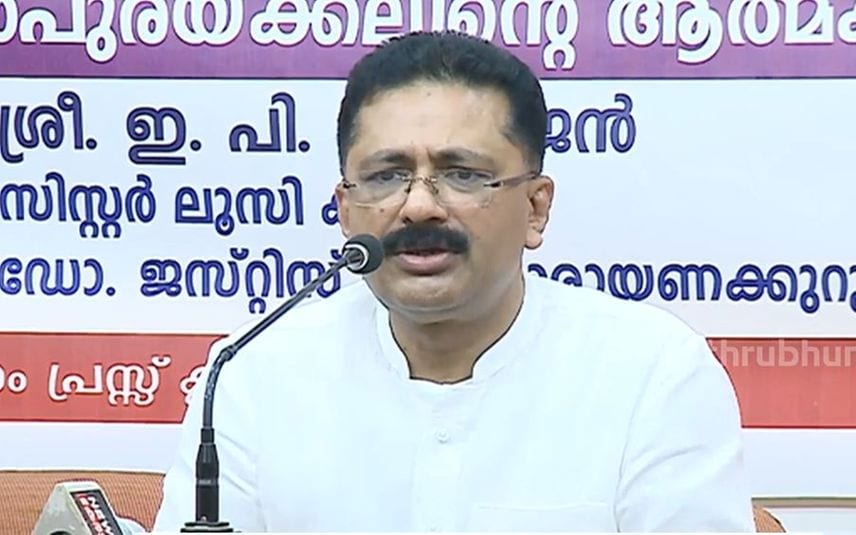 Kochi: Responding to the accusations levelled by gold smuggling case accused Swapna Suresh, MLA KT Jaleel said that Swapna is dragging Madhav Warrier into the issue due to his dispute with HRDS.

“Thiruvanavaya native Madhav Warrier is a businessman based in Mumbai. He is a friends of mine and there is nothing more to it than that,” Jaleel said. Swapna had alleged that Madhav Warrier, owner of Flyjac Logistics in Mumbai, was a benami of Jaleel.

“There are some ongoing disputes between Madhav Warrier and HRDS, the organisation that Swapna works for. It was Madhav’s foundation that constructed houses for HRDS’s project in Attappady. HRDS did not pay the amount that they were supposed to, following which Madhav Warrier’s Foundation filed a case in Mumbai High Court against HRDS. Swapna dragged Madhav Warrier’s name into the matter as an act of revenge for that,” Jaleel said.

“I have taken part in the charity programs organised by Warrier foundation. I have no other relation with Madhav Warrier. I have no part in Calicut University awarding a Gulf ruler a D. Litt degree. It was in 2014 that the syndicate decided to award him with D. Litt considering his proficiency and the books that he has penned. The Vice-Chancellor of Calicut University back then was Dr Abdul Salam. He is a BJP leader at present. You may ask Salam if you have any doubts. P K Abdu Rabb was the Education minister back then. I took charge as the Minister of Higher Education only in 2018,” he added.

“Swapna Suresh is going about blabbering things. She is saying disgusting things about the chief minister and his family. I was at the Cliff House during the ruler’s visit. Those who know the CM also know that he is a person who does not speak much about his personal life. It is about such a person that these stories made of lies are being propagated,” Jaleel pointed out.

“People will reject all these. These matters have to be investigated. Who will believe it when it is said that the ruler was presented with gold and diamonds? It is not equal to belittling foreign rulers?” he questioned.