Survivor, who has been in trauma for 2 yrs, wants Liju Krishna’s name off credits of ‘Padavettu’ 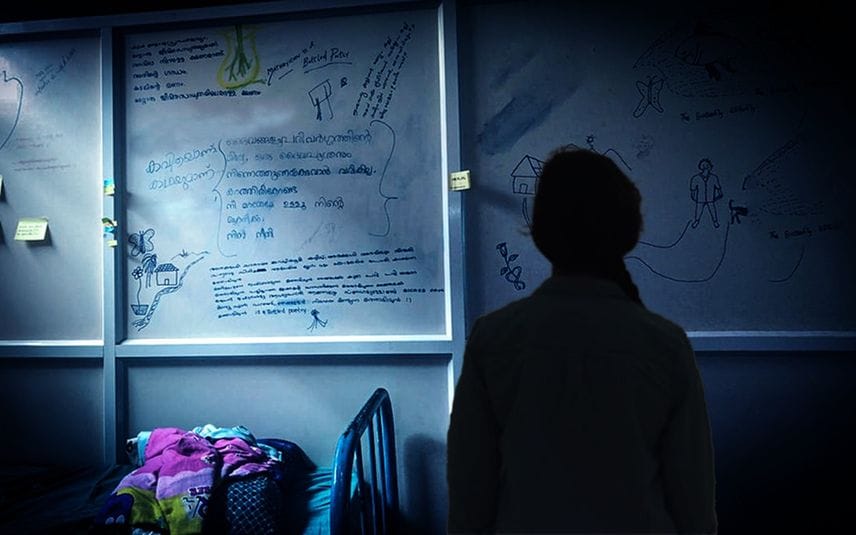 While Nivin Pauly-starrer 'Padavettu' is bound to hit theatres, a girl spends her time inside four walls of a hospital, trying to bring her life back to normal from the trauma of rape by Liju Krishna, the director of the said movie.

Once an energetic young lady, she is now a bag of bones, relying on others to carry out even her basic needs. On the walls of her room, she scrawls pictures of the little progress she made in her treatment, a positive direction for her recovery. One of her recent accomplishments include successfully completing a game of 'snake and ladder.'

She fell into trauma after the incident that took place two years ago and is yet to be recovered from it.

After the incident, she suffered from 'Post Traumatic Stress Disorder (PTSD), a condition that barred her from movement or carrying out her daily needs. Two of her friends helping her in the hospital ward said she often breaks down.

She lost 30 kg after the incident. She even tried to suicide twice, but survived. Despite her struggles, she spoke with Mathrhubhumi.com, thanks to the recovery she had made in recent months.

"I am lying in this hospital while Lijo Krishna, who brutally raped me, has started the promotion works of his movie and is awaiting its release. Even the trial has not started. Where is my justice?" she asked.

Lying in her hospital bed, staring at the ceiling, awaiting an uncertain future, she only has one demand -- The name of Lijo Krishna must be removed from the title card of the movie.

"I was completely lost after the incident. I was not able to even climb the stairs to my room on the day of the incident. I was physically and mentally lost when he dumped me outside the house. My days were spent in the dark, struggling to cope with reality. I couldn't even find an appetite to eat anything. My body was not able to digest any food even if I ate. I spent the two years eating just curd and milk most of the time," she recalled with tears rolling down her eyes.

"Rape is a one-time trauma. My mind is constantly recalling the moment and is killing me," she said.

Her friends recalled how she panicked when someone walked through the hospital corridors wearing boots. She says she still feels his slap on her face that day. If she smells cigarette smoke, she feels as if someone is blowing smoke at her face.

"She was mentally and physically ill when she came to the hospital. At first, she was struggling with adjustment disorder, a condition where she is not yet ready to accept that she was raped. This later turned to depression," her doctor said.

Meanwhile, she also wrote to CBFC demanding to remove his name from the credits of the movie. However, she didn't receive a response to it.